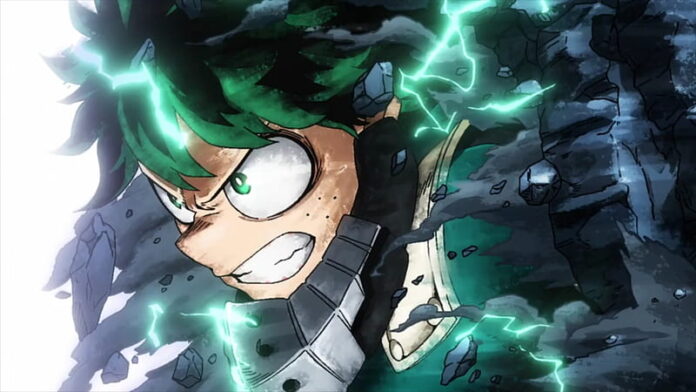 One day, a four-year-old boy Izuku Midoriya came to a sudden realization: the world is not fair. Eighty percent of the world’s population wield special abilities, known as “quirks,” which have given many the power to make their childhood dreams of becoming a superhero a reality. Unfortunately, Izuku Midoriya was one of the few born without a quirk, suffering from discrimination because of it. Yet, he refuses to give up on his dream of becoming a hero; determined to do the impossible, Izuku sets his sights on the elite hero training academy, UA High.

However, everything changes after a chance meeting with the number one hero and Izuku’s idol, All Might. Discovering that his dream is not a dead-end, the powerless boy undergoes special training, working harder than ever before. Eventually, this leads to him inheriting All Might’s power, and with his newfound abilities, gets into his school of choice, beginning his grueling journey to become the successor of the best hero on the planet.

Fans have been anticipating the release of the upcoming chapter. Boku no My Hero Academia Chapter 325 will release on September 5, 2021. The Raw scans release 2-3 days prior to the official release date.

As of now, there is no delay in the release of the new chapter. The English translation of the series will be available on the same date.

You can read Boku no My Hero Academia manga on legal manga websites like Viz Media, Mangaplus. The platforms provide updated manga chapters as well as supports the creators. Viz media provides the three latest chapters for free to the users. The upcoming chapter i.e. Boku no My Hero Academia Chapter 325 will be available on September 5, 2021, on the aforementioned platforms.

We highly condemn the use of illegal manga reading and anime streaming platforms.

Raw Scans of Chapter 325 of Boku no My Hero Academia

The Raw Scans of the upcoming chapter have surfaced on the web. Boku no My Hero Academia chapter 325 is titled ‘Connected to One for All’ The chapter opens up with Mineta rushing towards Midoriya however, Iida stops him and tells him that isn’t the right time. Kota is seen rushing towards Midoriya bawling his eyes out and tells him not to cry anymore.

We also see the mutant that Deku had saved. She calls him ‘Cry baby hero san’ while thanking him for helping her out. The trio hugs, looking at this scene one of the civilians asks the crowd ‘instead of blaming him, shouldn’t they hear him out ?’

In the later panels, Another civilian asks Deku if his staying at UA will give back the lives the civilians used to live? to which Deku replies that he is no longer alone and he will take back everything.

Later, Endeavour puts blame onto himself for the situation Deku is in and that they didn’t make any progress. Hawks reassures him by saying that if he is talking about progress they did take a step forward.

In the next panel Hawks reminds Endeavour that OFA is the crystallization of people’s hearts joining together as one and that a bright future where heroes have enough time to laugh is bound to come someday.

Later, Shoto reminds Endeavour that they are doing this together meaning they are defeating Toya together.

Nezu calls Aizawa, they discuss Kurogiri and Aizawa reassures Prinicipal Nezu that a path is still there. They also discuss how they have calculated the amount of blood and time Toga needs for her transformation and that now is the time for revenge.  In the next panel, we see All might showing concern.

About Boku no My Hero Academia

My Hero Academia is a Japanese superhero manga series written and illustrated by Kōhei Horikoshi.

That’s all we know about Boku no My Hero Academia Chapter 325!

Bookmark this page for more updates on Boku no My Hero Academia. Stay tuned on Omnitos for the latest manga and anime updates. 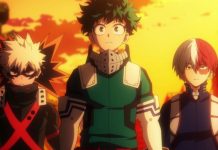 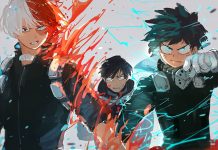 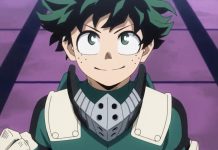