Howdy Fellow, Anime lovers! We are bringing you today with the up-and-coming details of Boruto Episode 211 Release Date, Spoilers.

Fans are eagerly anticipating the next episode of Boruto. Here are all the details of Boryto Episode 211. Without further ado, Let’s get on with it. 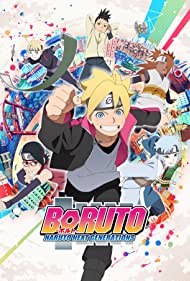 Boruto Episode 211 will release on August 15, 2021, Sunday. The latest episode titled ‘The Chase’ will air without any delay according to sources.

Where to watch Boruto: Naruto Next Generation Anime?

You can watch Boruto’s latest episodes on various anime streaming platforms such as Crunchyroll. The website provides English subbed and dubbed episodes of Boruto.

The episodes are updated according to their respective release time so Crunchyroll is one of the best anime streaming websites.

We highly condemn the use of illegal anime streaming or manga reading websites. Refrain from using such means and wait for the official release that supports the creators.

In the previous episode of Boruto titled ‘Clues to Kara’, Naruto assigns Sai and Konohamaru to infiltrate the cult and get inside information about Kara. Later at the entrance, they meet Akari who then leads them to Lord Shirabe.

Later in the episode, we see how Sai and Konohamaru trick Shirabe and confront him, it is then revealed that he didn’t have any knowledge of Kara and was only asked to follow whatever Boro told him to do. That’s when Sai gets his hands on the Databook, suddenly Delta arrives and destroys the cult.

However, The two Shinobis saved Akari, It was then revealed that Boro had established the cult the find a potential vessel for Kara.

The preview of Boruto Episode 211 revealed a suspicious-looking man showing up in the Leaf Village, Many suggest that man be Amado. While that doubt remains the preview also revealed that Shikamaru has been taken captive by Amado. And now he will give his conditions to the Hidden Leaf!

Check out the preview to Boruto Episode 211 here.

About Boruto: Naruto Next Generation

Boruto: Naruto Next Generations is a Japanese manga series written by Ukyō Kodachi and Masashi Kishimoto, and illustrated by Mikio Ikemoto. It began monthly serialization with Kodachi as writer and Kishimoto as an editorial supervisor in Shueisha’s shōnen manga magazine, Weekly Shōnen Jump, in May 2016 and was transferred to Shueisha’s monthly magazine, V Jump, in July 2019. In November 2020 Kodachi stepped down, with Kishimoto taking over as writer. Boruto is a spin-off and a sequel to Kishimoto’s Naruto, which follows the exploits of Naruto Uzumaki’s son, Boruto Uzumaki, and his ninja team.

Boruto originated from Shueisha’s proposal to Kishimoto on making a sequel to Naruto. However, Kishimoto rejected this offer and proposed his former assistant Mikio Ikemoto draw it; the writer of the film Boruto: Naruto the Movie, Ukyō Kodachi, created the plot. While both Kodachi and Ikemoto are in charge of the manga. An anime television series adaptation started airing on TV Tokyo on 5 April 2017. Unlike the manga, which began as a retelling of the Boruto film, the anime begins as a prequel set before Boruto and his friends become ninjas in a later story arc. A series of light novels have also been written.

Pierrot’s anime prequel also earned praise for its use of both new and returning characters, but the narrative of the manga was noted to be more serious as it focused more on the protagonist. Shueisha has shipped a million copies of the manga series as of January 2017.

Boruto Episode 211 is set to release on August 15, 2021. Stay tuned on Omnitos for the latest manga and anime updates.

Till then check out our latest article on Kingdom Chapter 689 Raw Scans, Manga Spoilers