LiSA is one of the few singers that fans recognize immediately by just hearing her voice. Giving her lovely voice for Demon Slayer The Movie. Her previous banger was Gurenge which sent all her fans for a spin. The song had perfect proportions of meaningful lyrics and eargasmic beats. Ryo Eguchi and Kayoko Kusano were the arranger and composer respectively and were responsible for this absolute banger. But now LiSA has gone to break her own records and rank number 1 with her new single.

Yuki Kajiura is the Arranger, Composer, and Lyricist for this addictive and uplifting song. The lyrics of this song really does hit hard and is lovely to listen to over and over again. Demon Slayer The Movie: Mugen Train has already smashed records in the box office sector and has joined the league of legends in the Top 10 highest-grossing films of all time in Japan. Now the movie’s official soundtrack is breaking records as well making it a perfect combination of success.

Homura has now sold an excess of 32,000 CD copies to claim its throne as the number one song to rank number 1 for a staggering 3 consecutive weeks. LiSA was already in the No.1 position due to her previous hit single “Gurenge” which sold a total of 160,500 copies since 2019. She currently owns the top 2 spots with Homura in the number 1 position followed by Gurenge in the 2nd position in Japan’s top 100 billboard charts. 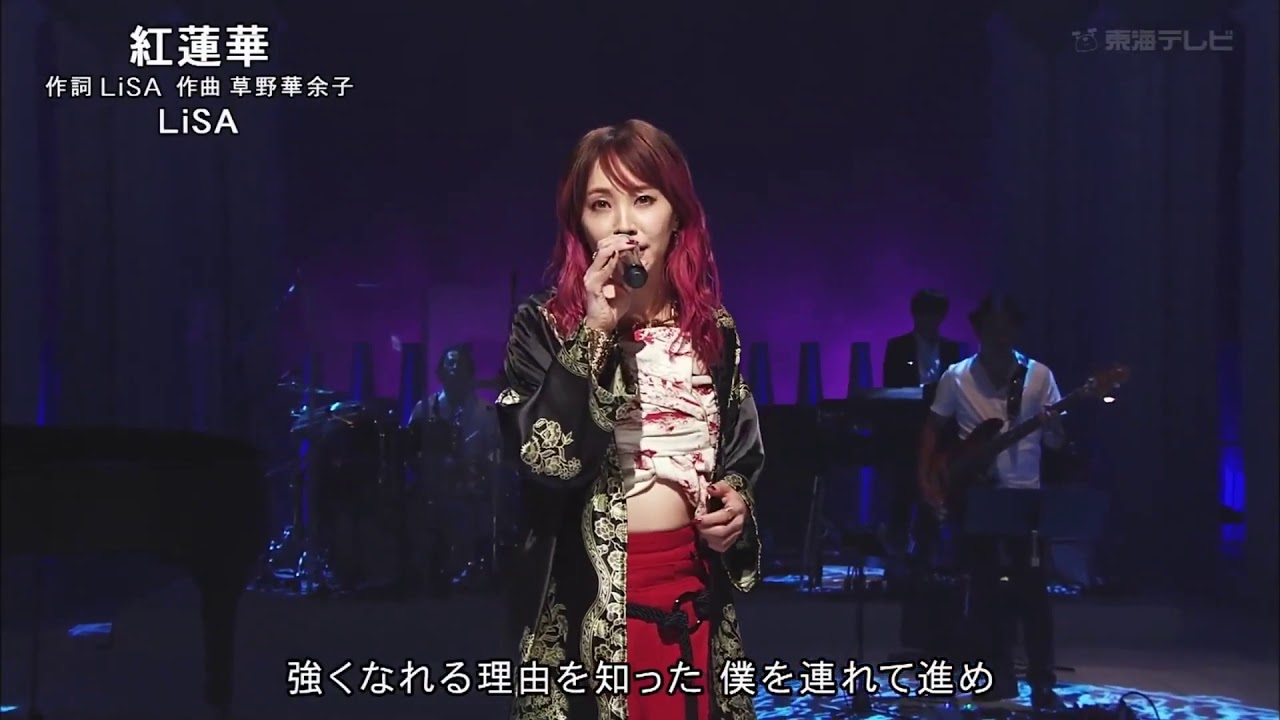 Demon Slayer the movie with its official soundtracks are consuming the minds of fans making them unable to come out of the addiction that LiSA has managed to place on them. Her voice and talent is a force to reckon with and is a complete gem when it comes to character and personality as well.

Her recent hit single ‘Homura’ has beaten BTS’s Dynamite in terms of streaming by a difference of 8 million streams. Homura has managed to break the all-time weekly streams record all by herself with almost 18,902,000 streams. Whereas, BTS had gotten a total of only 10,959,949 weekly streams. We mustn’t forget that BTS is one of the most popular boy bands of all time and defeating them is a huge deal for a single artist.

1 TAKE performance of “#homura”, the theme song for the Demon Slayer – Kimetsu no Yaiba – The Movie: MUGEN TRAIN.

The song was already doing well and good before the release of the movie due to its teaser trailer. But after the Demon Slayer the Movie released, the sales have gone up like never before and will still continue to rise.

LiSA is definitely a deserving artist as her vocal remain unchanged even when singing in a huge concert surrounded by tens of thousands of fans. Check out her live performance at her concert where she slew the crowd with her powerful yet controlled vocals.

Lisa has also managed to rank her other song ” Crossing Field ” which is the opening for the hit anime series Sword Art Online. Crossing Filed was a part of Japan’s Top 10 weekly Billboard charts. LiSA keeps breaking record after record for her anime-related songs which just leave the fans in awe.