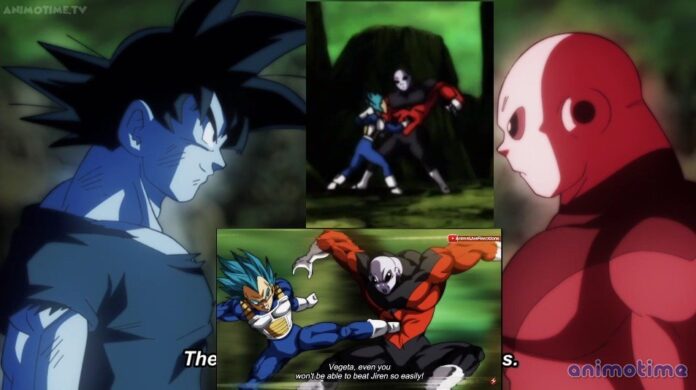 Howdy, everyone in this article I will cover the key elements of Dragon Ball Super Episode 122 which is gonna be the first Episode of 2018, as we all know from the preview that Vegeta is gonna give a hard time to Jiren as per his expressions while fighting Vegeta, see:

Many people must have noticed that Vegeta is trying very hard against Jiren and results are obvious, though when Goku fought in Super Saiyan blue, don’t forget that he was with less stamina than Vegeta, at the end of the preview Goku says – ” Draw Forth Power Beyond your Limit! ” 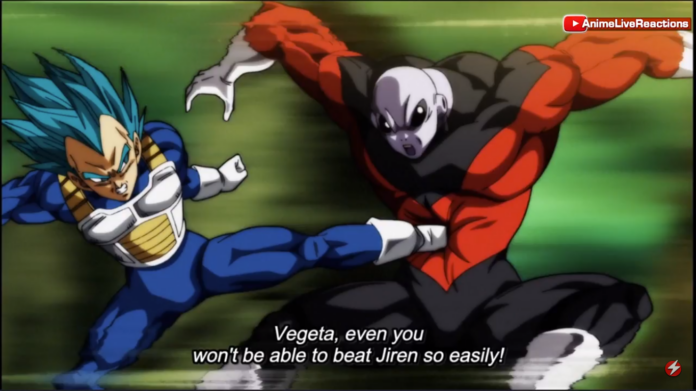 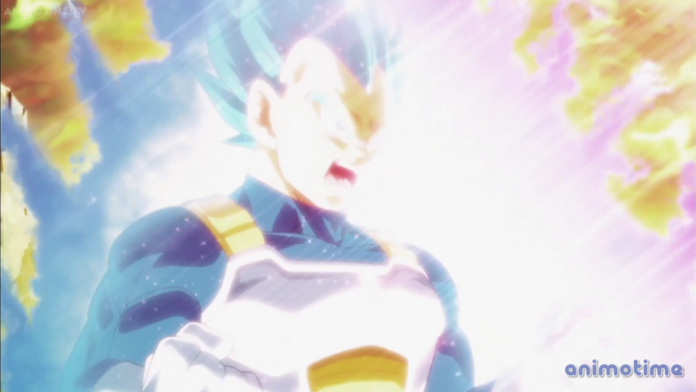 Vegeta hits Jiren two times point blank! One kick and one punch, don’t expect anything less from this Episode 122 as it will be animated by the same animator who animated Episode 110, his name is Takahashi, he is known for amazing animation quality and level of detail, some amazing clips you can see above this paragraph. 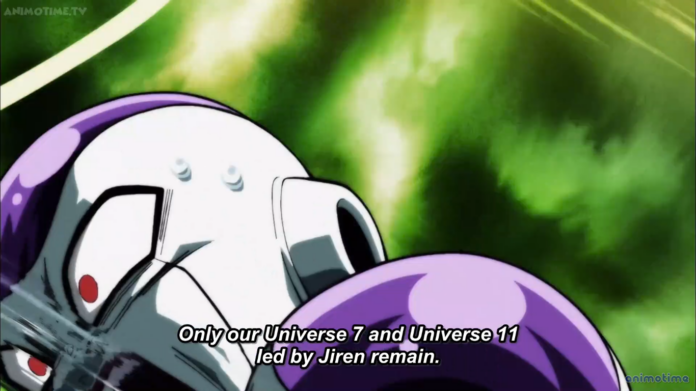 This is how it goes : Freeza gets tossed by his tale and Gohan seems to fight Toppo, Freeza will fight Dyspo! 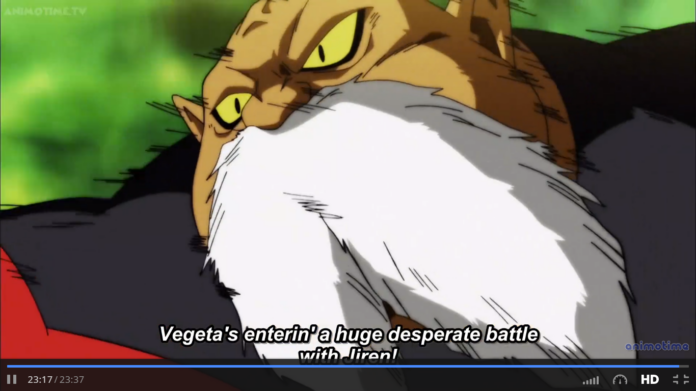 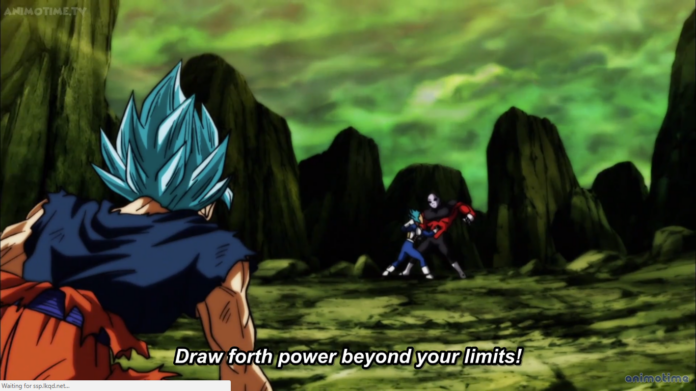 Therefore after the fall of Amilaza and Android 18 only 8 warriors are left on the stage and 9 minutes are left, Goku is still the Most Valuable Player with most number of Eliminations and Vegeta being the next! Special thanks to KenXyro for this Chart: 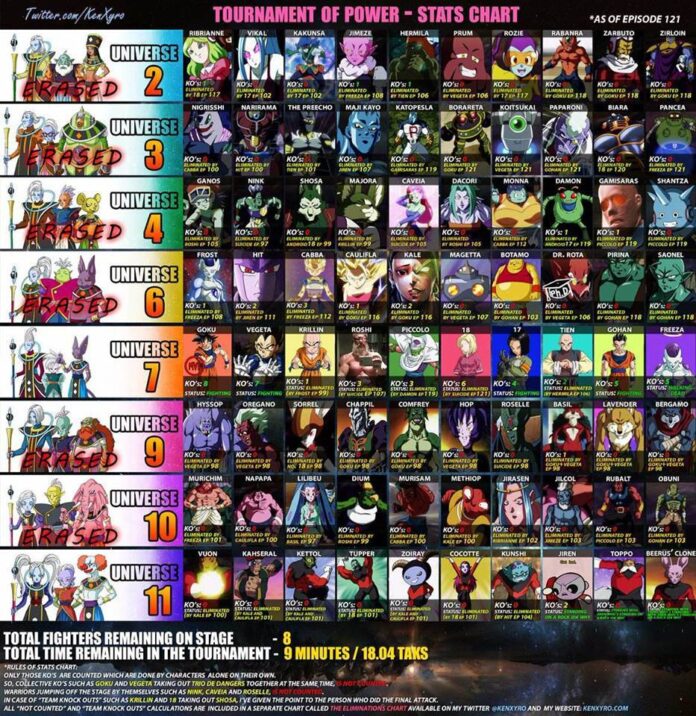 Today’s surprising moment was the Mosco Sama’s revelation at the end: 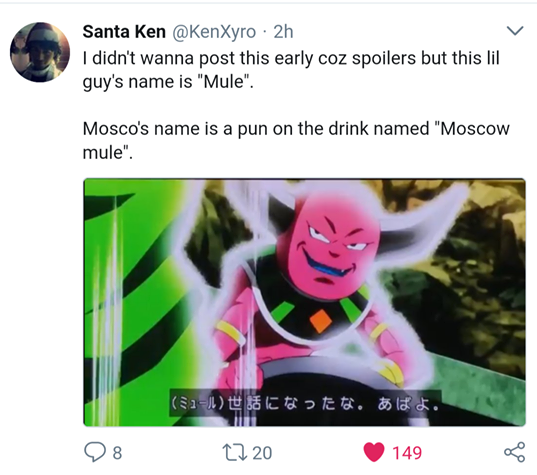 Most importantly, Merry Christmas Everyone! 😉 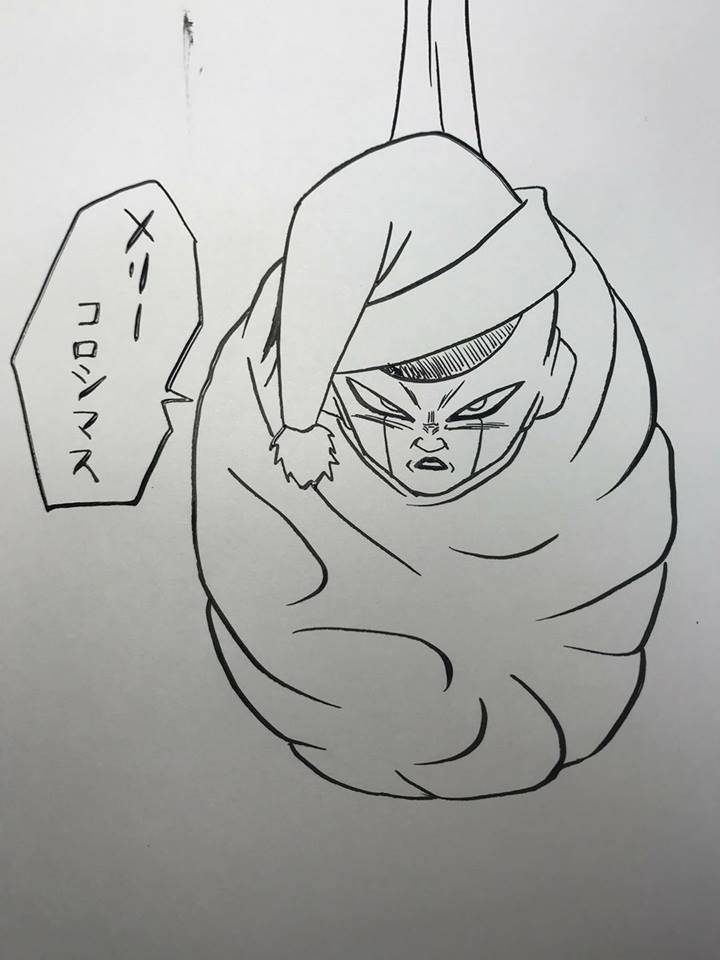 Those who have not seen the spoilers of Episode 123 can see them below: So, are you ready for the Vegeta vs Jiren on January 6th? Drop your thoughts/opinions in the comment box and do allow our blog’s notifications.