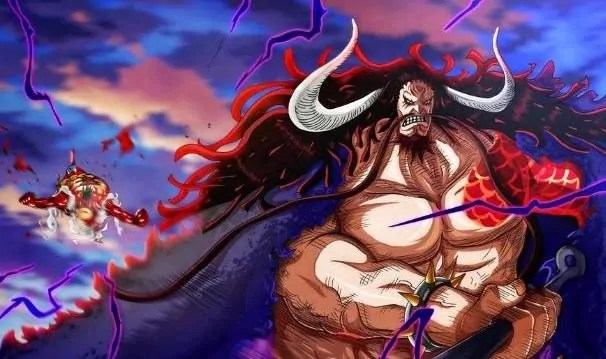 Hey, everyone. The raw scans of One Piece chapter 924 are out and in the post ahead I am going to break it down for you. So, warning, the post ahead contains spoilers. Read at your own will. Subscribe to our Reddit Community for latest updates.

One Piece Chapter 925 will be officially released two-three days after the raw scans are released. Unofficially it is available at some site called Jaiminisbox. 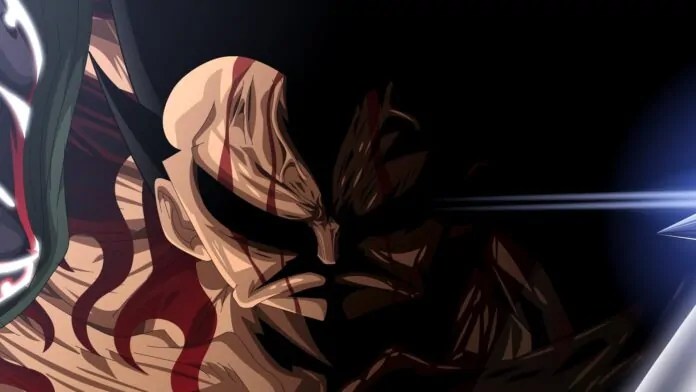 As we had predicted earlier, Law attempts to save Luffy and run away from Kaido but is rendered unsuccessful in his attempt. He is hit by a nail made out of Seastone which seals away all of his powers. But even though, he was stuck in the Seastones he was able to sneak out successfully.

Hawkins then explains what a Seastone is and that the Seastones that have spread worldwide now, are originally from Wano Country. But Luffy is still unconscious. He scowls at Kaido and Kaido, in turn, orders his subordinates to throw him in prison. Kaido then admits that if they will be successful in breaking Luffy’s spirit, he would prove to be a great military asset to them.

But as soon as Kaido’s men close in on Luffy, all of them begin foaming at their mouths and collapse. Seeing this, Shuntenmaru realizes that what just happened to Kaido’s men was Lord Oden’s powers at work. But Kaido seems to think that Luffy did it and then he goes on to compare him with Kid who has Haoshoku Haki. 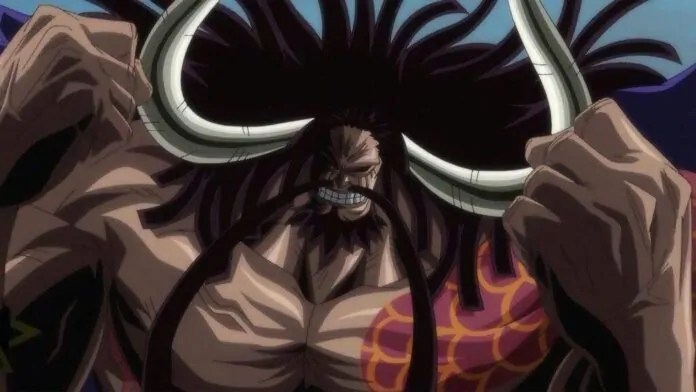 And then he apparently gets over it, puts off the retrieval of Law and goes off drinking again. Meanwhile, in the Okobore town, Tsuru is attending to the wounded and Kinemon is watching her secretly. And then Shuntenmaru surprises Kinemon by getting too close to him. On the other hand, O-Kiku reaches the Oden Castle and what is remained of it and finds a pit there. Inside the pit are Nami and the others.

O-Kiki saves them all with her Juku Juku Bewitching Jutsu which enables her to mature the ground and cause it to sink.

Inuarashi finds Tama, barely able to breathe, in the wastelands and is infuriated on Kaido and what he has done. A special issue paper is being distributed throughout the Wano Country and Ussop, Franky and Robin read it with horrific expressions. 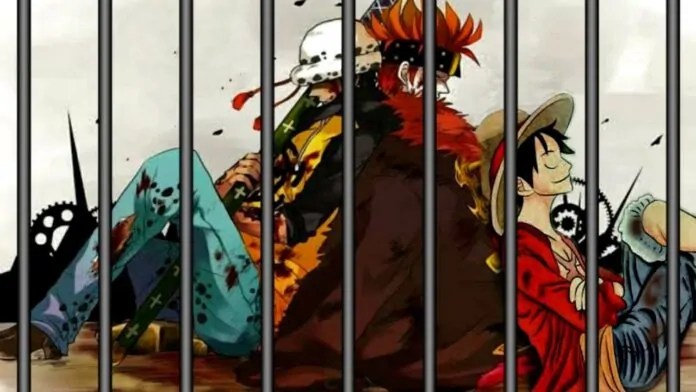 The next day, several samurais are shown to being treated as slaves in a factory in Udon. a single guard is seen approaching a cell who is pretty dark. He has poisonous fish in his hands. He calls out to anyone who is in there. And a voice answers who says that “4 poisonous fish a day” and “boneless fish” were the things that were decided. The guard absentmindedly leaves the fish in the cell and leaves.

Then we see a chained Luffy being dragged to that same cell. As they move closer, a bone flies from the cell and pierces the guard in the back of his neck. The guard collapses on the ground immediately with blood seeping out of his neck. Kaido’s men who are holding Luffy laugh at him that for the purpose of breaking his spirits, he is being put into a cell with a dangerous man as the cellmate. And then we see a man coming out of the shadows of the cell. He looks very similar to Kid. 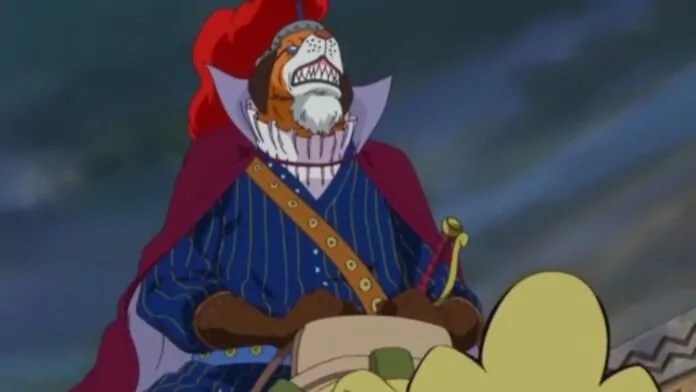 Thanks for reading this article, please make sure you all have subscribed to our notifications for more latest updates.