Today we will be discussing Top 10 Anime like Solo leveling to watch. Tired of waiting for Solo Leveling to get an anime adaptation? Have your friends been suggesting to read Solo leveling but you just don’t like reading webtoons but rather prefer watching anime instead? Don’t Worry! We have got you! Here are some animes you can check out that are similar to the webtoon.

10. Cautious Hero: The Hero Is Overpowered but Overly Cautious

The main character has the power to level up crazy fast. But that’s not where his real power lies. His real strength is in the sense that he will never go to battle unless he is 100% ready. What happens is that a guy named Seiya is summoned to become a hero and save the world of Gaeabrande. However, after every battle, he takes time off to train himself vigorously for the next battle just in case the next enemy will be the worst opponent he will ever face.

If you want to watch an anime that deeply focuses on the growth of not only the main character but the characters beside him as well, then this anime is definitely worth a watch. This anime is more about leveling up the entire team rather than just the main character. The plot goes like this, a group of strangers is thrown into a mysterious land to survive they have to become a soldier and make groups. However, those who are strong would never team up with the weak

Taking the 8th spot in “Top 10 Anime like Solo leveling to watch” list is Chou Youu Sekai. A hot-blooded high school teen, a mysterious female swordsman, and an unpredictable dark emo girl. It’s impossible to distinguish between reality and the game world! What kind of conspiracy is awaiting them in this super journey of the world.

7. C: The Money of Soul and Possibility Control 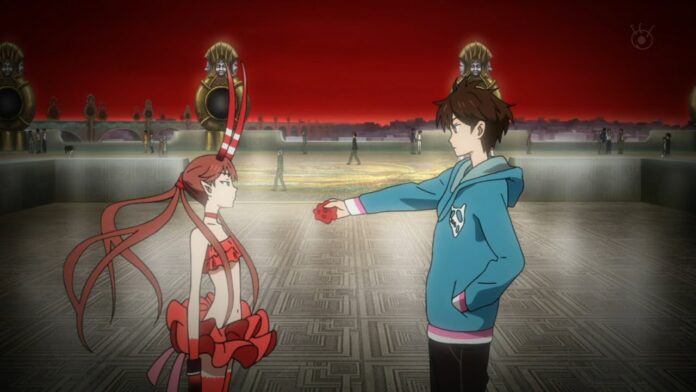 Some people say that Money is the root of all. But we all know that is not true. In fact, the greed of having money is the actual root cause of evil. It is was turns a completely reasonable person into a blind glutton who needs more and more money. This is the story of a second-year economics student name Kimi Maru Yoga who lets insecurities about money get the better of him. He ends up accepting a fishy offer and before he knows it, he has entered a totally different realm.

The main character Ye Xiu is already pretty strong, to begin with considering the context of the plot. However, since the game that he was always familiar with goes through some changes and now he has to deal with some unknown things too, his only choice is to reach for the top with his new teammates all the while Levelling up along the way.

Taking the number 5th position in the “Top 10 Anime like Solo leveling to watch” is Log Horizon. The main character Shiroi is a bit different from the usual anime protagonists. Unlike others, he likes to use his intellectual abilities and war tactics to win battles instead of raw strength or magic. the plot stands out from others because it is somewhat more mature.

4. Is it Wrong to Pick Up Girls in the Dungeon? ( Danmachi)

Taking the 4th spot on Animes similar to Solo Leveling is Is it Wrong to Pick Up Girls in the Dungeon? ( Danmachi). Bell Cranel is a young man who hopes to one day become the greatest adventurer there is. He gets Hestia’s support and embarks on a different quest where he explores dungeons and little by little realizes that things aren’t as they seem. He is also lovestruck and the girl is completely out of his league. 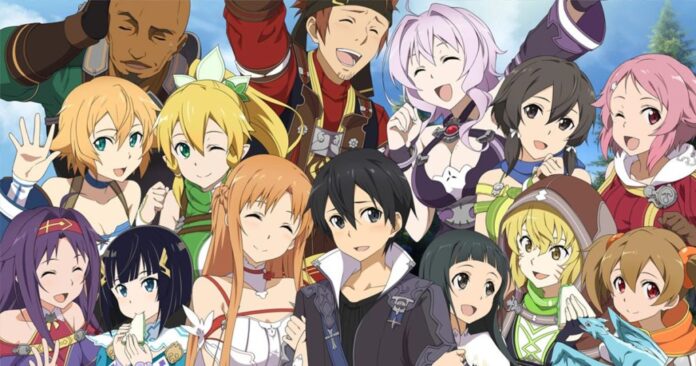 The main character Kazugo Kirigaya was fortunate enough to get his hands on the first shipment of this game called sword art online. He logs in and finds out that there are about 10,000 players in total and all of them have been trapped into the game by the creator. Their only choice is to complete all 100 levels of the game to get out.

2. The Rising of the Sheild Hero

At the second spot of the “Top 10 Anime like Solo leveling to watch” list is The Rising of the Sheild Hero. The main character realizes that being an Isekai hero isn’t always fun and games. Sometimes your existence alone can attract a lot of hatred.

1. That Time I Got Reincarnated as a Slime 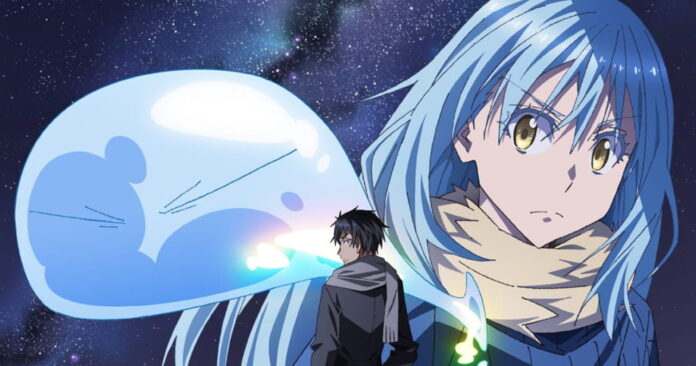 One of the most wholesome animes out there. the main character used to be a 37-year-old corporate worker who died and got reincarnated as a slime. However, during his death, he subconsciously acquired a number of epic skills that allowed him to level up his skills and abilities at an exponential rate.