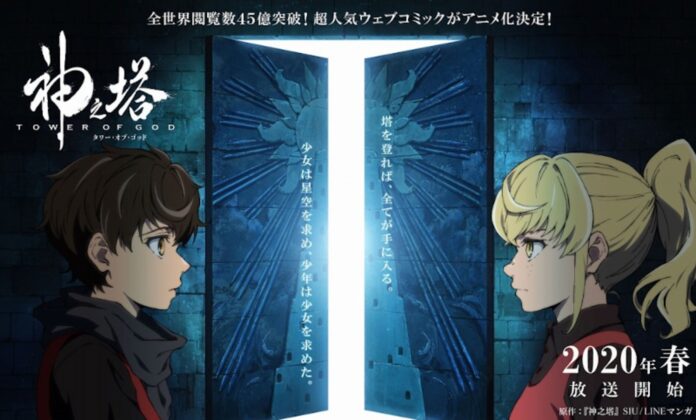 Announced on Friday, the Korean Webtoon Tower Of God Tv anime adaptation will release in Spring 2020. A new key visual has also been released. The key visual shows two of the main cast members standing in front of the “tower’s” gate. The character designs and the art looks beautiful and detailed.

Details regarding Studio, Episode Count and exact release date haven’t been announced yet but it sure to be animated by a Japanese studio.

Tower of God is one the first anime being produced under Line Webtoon and Crunchyroll Co-production agreement announced a year ago. Crunchyroll most likely will be releasing it under Spring 2020.

Tower of God is Korean Webtoon written and drawn by Lee Jong-hwi also goes by the pen name SIU. It started in 2010 and is currently on its third volume. Since 2014 is being released on Line Webtoon on Monday in English and other languages.

Webtoon describes the story as:
What do you desire? Money and wealth? Honor and pride? Authority and power? Revenge? Or something that transcends them all? Whatever you desire—it’s here.

Also, read about the latest One Piece Chapter.