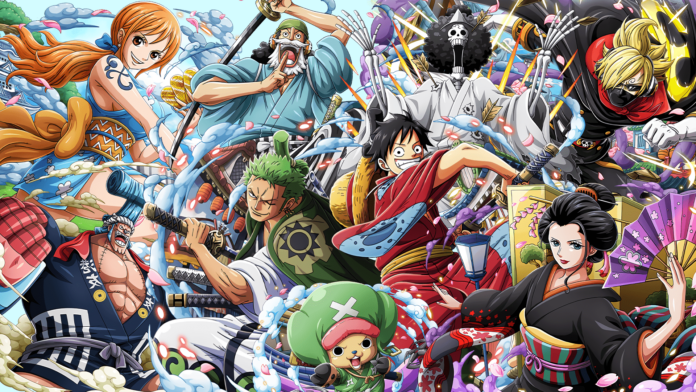 One Piece is a Japanese manga series written and illustrated by Eiichiro Oda. It has been serialized in Shueisha’s shōnen manga magazine Weekly Shōnen Jump since July 1997, with its individual chapters compiled into 99 tankōbon volumes as of June 2021. Fans have been speculating the One Piece ending as soon as the 100th Volume of the manga series will be available.

One Piece is the name the world gave to the treasure found by the Pirate King Gol D. Roger. It is a mysterious treasure that once belonged to Joy Boy during the Void Century. The treasure is said to be of unimaginable value and is currently located on the final island of the Grand Line: Laugh Tale.

One Piece is one of the longest-running manga with a huge fan base. The manga is equipped with amazing plot, character design, and has put forth some amazing arcs.

Many reports have claimed that the manga will be coming to an end soon. Here is everything you need to know about One Piece Ending Theory and further details. Without any further ado, Let’s get on with it!

When is One Piece Ending ?

The mangaka of One Piece, Eiichiro Oda has been working on One Piece manga for over two decades now.  In a recent interview Oda stated that Luffy’s journey is close to its end and around 80% of the story has been covered in the popular manga so far.

Eiichiro Oda also stated that he would likely complete the manga within the next five years.

The author is known for planning things ahead of time, thus it can be assumed that Oda has already come up with a plan on how will uncover the end of the popular manga series.

While many fans have had their speculations, published their theories on many different platforms. Here is what we know, the end of One Piece series is still a mystery however many theorists have come with theories with supporting evidence on how the series will end. 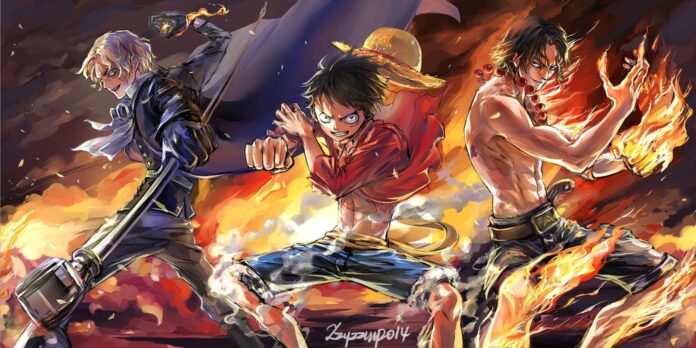 Youtuber Mr. Morj  in his video explains a fan theory which explains the meaning of One Piece treasure.  The theory elaborates that  One Piece is the formation of a new sea that will form after breaking the red lines.

While there is a lot of information on the web. The SBS of volume 97 in which a fan asked Oda whether One Piece will end in five years of time? Oda replied to that question as (based on a translation found on One Piece Reddit) the amazing parts of the arc is over and since the Wano arc is heating up there will be a development that will engulf the One Piece world also that the Wano arc will be a long one.

The theory also suggests that once the One Piece treasure is found within that five-year time frame, the manga will come with another arc as well since there would be some unfinished business even after finding the treasure.

Where to read One Piece Manga?

You can read One Piece manga on various legal websites like Viz Media, Mangaplus. The websites provide the latest chapters of the manga and support the creators as well. Viz provides the latest three chapters for free to the users.

We highly condemn the use of illegal manga reading websites.

Where to watch One Piece Anime?

You can watch One Piece legally on websites like Crunchyroll, Funimation, Hulu (depending on your region). The websites provide English subbed and dubbed version of the anime and support the creators of the show.

We highly condemn the use of illegal anime streaming websites.

Latest details on chapter 1023 of One Piece, the latest chapter will release on August 29, 2021. The date has been confirmed by Viz media.

The latest chapter of One Piece is titled ‘As alike as two peas in a pod’. As of now, We don’t have spoilers for the new chapter. However, we will update you all as soon as we get our hands-on-spoilers.

The creators have decided to release a set of special chapters. Here’s what we know about them. As part of the special celebration of its 20th Anniversary and running in Shueisha’s Weekly Shonen Jump magazine

One Piece manga will be getting a special chapter which will be done by the creator of Nisekoi, Naoshi Komi that will be focusing on the ‘Vivi’s adventure’ portion of the series.  Fans will be surely excited to see One Piece from Naoshi Komi’s viewpoint. The special chapter will release alongside the latest chapter, i.e. Chapter 1023.

We also got a teaser look from the official Twitter handle of One Piece.

Lastly, we have Sohei Koji’s One Piece Gakuen which will be available from September 13, 2021.

The fans are eagerly waiting for the release of the upcoming chapter.

Bookmark this page to get more updated details on One Piece anime and manga.

We will bring you more updates on will One Piece end soon? Stay tuned on Omnitos for the latest manga and anime updates.

Check out our latest article on One Piece Chapter 1023 Spoilers, Release Date 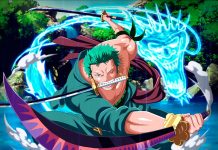