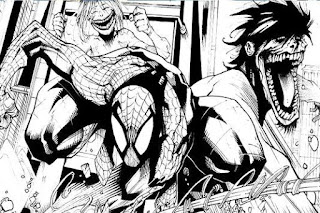 Hey guys, today I gonna share some facts about famous anime (a personal favorite) Shingeki No Kyojin better known as Attack on Titan

Hope u will enjoy ✌✌

1. Attack on Titan creator Hajime Isayama stated that his favorite character is outspoken soldier Jean Kirstein. Isayama said that he likes Jean’s ability to say what’s on his mind “even if it’s something you normally wouldn’t be able to say.”

Jean’s brutal honesty not only makes him Isayama’s favorite Attack on Titan character but also one of the sexiest! Hajime Isayama is a manga artist and the creator of Attack on Titan.

2. Marco’s birthday is June 16th and takes on a whole new meaning when you find out its exactly halfway through the year. Maybe if he’d been born on January 1st, there wouldn’t be ‘half’ of his body found…

3. Attack on Titan is one of many anime to be banned in China to “protect the healthy development of youth”. These shows apparently “lure minors to delinquency and glamorize violence.

4. Eren’s desire to go outside of the walls stems from Isayama’s childhood. He grew up in a village surrounded by mountains, and always wanted to see what was beyond them. The areas surrounding the walls was inspired by Isayama’s village

5. Hange Zoë is depicted as a female in both the anime and the live-action film, but in the manga, things aren’t so clear-cut.

Isayama has said that Hange’s gender is up to the reader to decide because “either one is fine”. He instructed Kodansha USA not to confirm a gender in their translation, as the original Japanese had been ambiguous, so specific pronouns were removed or avoided.

6. The armored titan is based on professional wrestler mixed Martial artist Brock Lesner.

7. Ever wonder how popular superheroes like Captain America and Spider-Man would fare against the vile giants of Attack on Titan? Marvel’s collaboration with Attack on Titan creator Hajime Isayama has it covered.

In a crossover comic titled Attack on Avengers, the eight-page adventure plays out the scenario of what happens when Titans invade the Marvel Cinematic Universe.

Written by Isayama and illustrated by Gerardo Sandoval, the epic crossover was originally published in the Japanese magazine Brutus. The Attack on Avengers has since been released digitally for free as part of Marvel’s Free Comic Book Day issue Secret Wars #0.

8. For a limited time, Universal Studios Japan has brought the post-apocalyptic world of Attack on Titan to life as part of a special theme park exhibit.

Guests got to see the grotesque monsters of Attack on Titan up close and personal, with the opportunity to sit inside the hand of a Titan near its gaping jaws. The exhibit also recreated the epic showdown between Eren Yeager and the Female Titan with two life-size statues that stand at 15 and 14 meters tall, respectively.

Along with some additional perks, the attraction gave guests a chance to experience the cruel and terrifying reality of Attack on Titan.

9. EVERYONE’S FAVORITE FOOD-LOVING GOOFBALL, SASHA BLOUSE (AKA POTATO GIRL) HAS BECOME ONE OF ATTACK ON TITAN’S MOST PRECIOUS CHARACTERS. DID YOU KNOW THAT HAJIME ISAYAMA ORIGINALLY PLANNED TO KILL HER OFF?

In the early version of the manga, her character was supposed to die at the end of Volume 9. However, Isayama’s editor cried in the bathroom after reading the storyboard, which convinced him to rewrite the chapter and spare Sasha’s life.

The decision was a close call, especially since most of the Attack on Titan’s characters don’t get the same sympathy.

10. Although Levi stars in his own two-episode spinoff series, Attack on Titan: A Choice with No Regrets, there are still some unanswered questions surrounding his personal life.

Hajime Isayama did cough up, little extra information about the Titan-slaying expert, though; He’s actually over 30 years old!