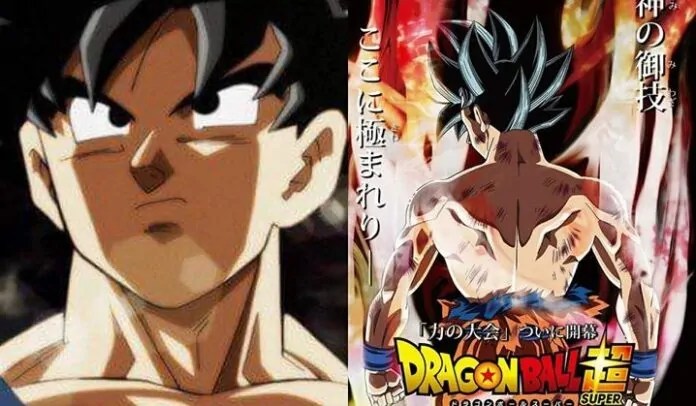 Something Terrible is going to happen, let’s see:

Dragon Ball Super is giving us some really surprising twist for a while now. They seem to be playing with words and keeping us in a dark corner until we get awesomely surprised! There is something that comes up a few hours earlier and this could be a major clue of the events coming up in Dragon Ball Super.

NEW V-Jump leaks reveal some possible SPOILERS for the Universal Survival Arc and the Tournament of Power. Is Daishinkan turning evil? What will Goku’s new power up be? Will the Angels BETRAY Zeno? What is Grand Priest’s plan?

So before you guy come to any verdict this is just a theory but a potentially true one. This could be the true reason behind the Tournament of Power. This may not seem to be a very big stuff at the first look. But if you think about it… Well, let’s discuss what’s the news about.

What does this new back say?

Goku Tense Back– This new visual signifies that something terrible is going to happen. Don’t miss a second.

We have already seen this picture before. It came out a few weeks ago, with Goku looking really angry, he seems to be fighting for a long time, and looks like he got a new form or it could be another power up, we are not officially aware of it yet.

This is almost certain that the tournament is not all about Goku vs Jiren. I mean all this hype for just Goku and Jiren to fight? No. There has to be a deeper meaning to this. If they were to end it this way, they could have done it the old fashion way. You know on earth or somewhere at least in the universe.

I know it’s just one sentence, but why will they tell us that something terrible is going to happen? I mean Goku looks a lot beaten up, we have seen Goku this way before… Remember the Frieza arc? Everything since then has changed drastically. Could the history be repeating itself?

There are various theories out there, there is one which says this arc would bend focus to the Grand Priest betraying the Omni Kings. other is the ending could have something to do with future Zeno. There could be some villain that has not shown himself yet. Someone who could match the Omni king’s power.

A few weeks ago, Dragon Ball Super released a Twitter feed with a picture of Goku with potentially a new form. Could this be a New God Goku? Is this a Mastered Kaioken? Is this Goku’s New Form? Will Goku beat Jiren with this form? Is this a Dragon Ball Super Spoiler? there are really a lot of question!