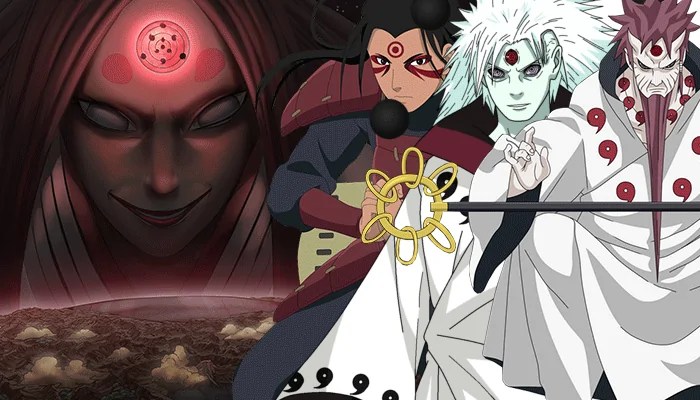 10)Jiraiya Sensei Jiraiya is an exceptionally talented shinobi, the strongest of their generation and he was called as Legendary sannin. Even Itachi and Kisame would be killed if they would fight him, that’s why they avoided the fight with Jiraiya.

His abilities are great he was masterful with his chakra control, able to perform two Rasengans at the same time Jiraiya’s natures include Fire, Earth, Water, and Wind he could perform Senjutsu too.

9)Itachi Uchiha Well, Itachi Uchiha is such a great shinobi, wish he could be alive anyway. Itachi was quiet and insightful, he knew how to deal with every situation, has a prodigious talent.Itachi’s chakra was naturally strong, skilled with taijutsu Itachi could summon crows, Itachi was also good in Fuinjutsu.

He also has the Sharningan with that he could use Genjutsu, and Susano, Itachi’s Susanoo wielded the Sword of Totsuka an ethereal sword with the ability to seal any person it pierced into its.Also, Itachi was a highly intelligent individual, having the second highest scores in the history.

8)Minato Namikaze  his abilities considered to be unmatched by anyone else Minato had large chakra reserves, enough to teleport a tailed beast, was proficient in the nature transformations of Fire, Wind, Lighting, along with Yin and Yang Release.

His top jutsu was the Rasengan one of the strongest jutsu in history, he used Eight Trigrams Sealing Style to seal the Nine-Tails. Minato was known as the most intelligent shinobi in history even more intelligent than Itachi.

7)Hashirama  was known as God of Shinobi, Madara even with the Eternal Mangekyō Sharingan and the Nine Tail, he could never defeat Hashirama in their lifetimes. He mastered Sinjutsu, Nature Transform, Senjutsu.

The most known jutsu was Wood style. Because of his large chakra reserves, Hashirama could use senjutsu and enter Sage Mode performing Sage Art: Gate of the Great God.

He also could control Nine-Tail, the Sage Art Wood Release: True Several Thousand Hands by using it to deliver an enormous barrage of punches, it could strip Susanoo from the Nine-Tails.

6)Madara Uchiha Recognised as the strongest member of the Uchiha clanhis lifetime. His large chakra reserves allowed him to fight nonstop for twenty-four hours before collapsing, was skilled in chakra control as he could perform complicated techniques with a single hand seal He could also quickly absorb and synchronise Senjutsu chakra.

Madara was incredibly skilled in taijutsu. During his confrontation with the Fourth Division, he defeated hundreds of opponents with taijutsu and reading their movement with his Sharingan. Madara’s Sharingan evolved into the Rinnegan using his maximum power and could use all of the abilities of the Six Paths Technique.

He also awakened a Rinne Sharingan on his forehead, which he could use to reflect the eye onto the moon, allowing him to cast the Infinite Tsukuyomi and trap everyone besides himself in genjutsu.

5)Kaguya Ōtsutsuki After eating the God Tree’s fruit, Kaguya gained unparalleled reserves and strength in chakra.When making physical contact with an enemy, Kaguya is able to halt their movements while absorbing their chakra.

With her absolute mastery of chakra, Kaguya can utilise all five nature transformations along with Yin–Yang Release. Kaguya wields the Byakugan in both eyes, granting her a near 360° field of x-ray vision. The Eighty Gods Vacuum Attack allows Kaguya to materialise enormous chakra fists to attack the target, which is powerful enough to overcome a jinchūriki’s chakra arms and destroy a Complete Body.

4)Momoshiki Ōtsutsuki  Momoshiki was an extraordinarily powerful being who, alongside Kinshiki, was deemed a threat greater than Kaguya. After absorbing Kinshiki, he was able to defeat four Kage at the same time with extreme ease and he could fight near evenly with Sasuke Uchiha and Naruto Uzumaki, he possessed extremely powerful chakra and had the ability to fly.

Momoshiki could absorb an enemy’s technique and utilize it on a much greater scale, as seen with the Tailed Beast Ball, Shadow Imitation Technique, and the Rasengan Also with his right Rinnegan, he could turn a target into pills, which when eaten, grants him youth and their chakra, increases his muscular tissue, and can transform his entire body in the case of consuming Kinshiki’s chakra.

3)Hagoromo Ōtsutsuki (Sage of Six Paths) Hagoromo was blessed with remarkably powerful and equally large reserves of chakra. Hagoromo invented Ninshū as a way to bring peace to a war-torn world, sharing chakra with others and then teaching them to connect together with everyone using their spiritual energies as a mean to understand feelings of one another.He also possesed the Rinnegan.

He was believed to have been the only person to have fully mastered the Rinnegan, and also learned to control all five types of chakra natures. With his Six Paths Senjutsu, Hagoromo also had the ability to manifest up to ten Truth-Seeking Balls at a time, which is composed of the five basic nature transformations, Yin–Yang Release and the Six Paths Sage Chakra.

2)Sasuke Uchiha  Like his older brother Itachi, Sasuke was the top in the Academy Madara Uchiha noted he would have liked to recruit Sasuke had he only been born a few years earlier than Obito.Sasuke’s chakra is quite strong, in part due to being the reincarnation of Indra Ōtsutsuki. Orochimaru brands Sasuke with the Cursed Seal of Heaven after their first encounter.

When active, the cursed seal saps Sasuke’s own chakra and replaces it with a larger amount of Orochimaru’s, in turn increasing his strength and speed. Sasuke awakens his Mangekyō Sharingan after Itachi’s death, once he comes to terms with the fact that Itachi was the single most significant relationship he had. With his left Mangekyō, Sasuke can use Amaterasu, igniting whatever he looks at with black flames that can burn anything.

1)Naruto Uzumaki Naruto he is just an awesome shinobi As the jinchūriki of Kurama’s Yang half, Naruto had access to a massive chakra reserve, which was at least a hundredfold greater than Kakashi Realising he could not avoid using Kurama’s power, Naruto sought to learn how to control it with help from Killer B. Naruto’s natural affinity is The Wind After Jiraiya’s death, Naruto was trained in senjutsu at Mount Myōboku, requiring his high chakra reserves. Unlike Jiraiya, he was able to perfectly balance natural energy with his chakra, and enter Sage Mode.

With the power given to him by Hagoromo, Naruto gained access to the Six Paths Sage Mode Naruto also manifested nine Truth-Seeking Balls, composed of all five basic natures Yin–Yang Release, and Six Paths Sage Chakra. Which is your strongest character? Thank you for reading

GUY AND NAGATO CAN ALSO BE INCLUDED AMONG STRONG BUT THERE WAS NO SPACE, SO SORRY!