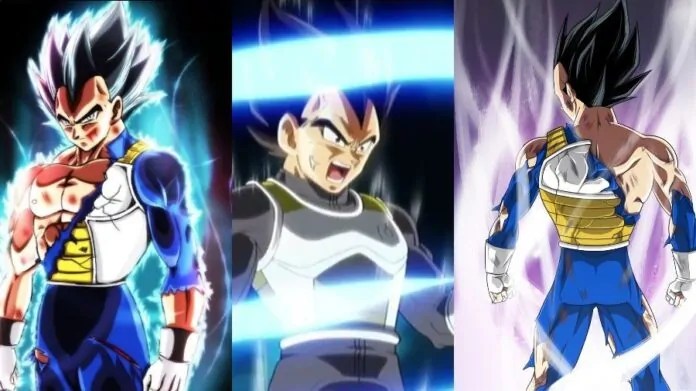 Will Vegeta get a new form? Let’s analyze the situation!

There are many types of people in the world ones who go with Kamehameha and the others who choose the final flash, today’s article is for Vegeta’s fans. If there is one person that has always proved to be equal to Son Goku- is Vegeta. (Article Based on Opinion)

May it be attaining the Super Saiyan Blue form or fighting Zamasu. The strongest character in the whole series would, for a vast majority would be none other than Vegeto. Someone who contains the powers of both Goku and Vegeta.

Now that it is confirmed that Goku will be getting a new transformation, the dragon ball community is out with various fan theories which suggest Vegeta will too in near future attain a same or higher level transformation!

⁠⁠⁠⁠Here, we will look at the possibilities of Vegeta- ‘The Saiyan Prince’ getting a transformation along side Goku’s silver eyed form. Vegeta follows in the footsteps of his rival, so the power difference is not a large one. you see some characters are created with love and some are just Vegeta.

Akira Toriyama did mention in one of his interviews that Vegeta was created keeping in mind all the aspects and attitude that has pride and is liked by matured people. This, in other words, could have an interpretation, that Vegeta is one of the most liked characters in this series but Goku is still at the top. This might mean that Vegeta would not be given the new transformation that easily or soon. It was the same with the Super Saiyan form when it first appeared in the TV show.

In the manga, Vegeta and Goku both receive the latest perfect God form but it’s worth mentioning that the perfect God form reached by them is nowhere near to the power level which Beerus commands. Well, the switching between God and Blue form was taken straight from the Manga and I would not be surprised if the new form Goku gets is known as the perfect God form.

Vegeta, on the other hand, should get this transformation later in the tournament or may be in the next arc where there will be involvement of the top 4 universes. There is one thing that I personally think is that no matter how intense the fight gets, the arc does not end with the tournament of power. As in the manga too he gets his new form very lately!

There has to be some follow up to make it a happy ending. Given the tournament in itself is so intense, there will be need of some big shot fire power in the later potential God league fights. Yes, these are just fan theories and speculations but I just can’t believe the anime will not let Vegeta the true rival of Goku gets a power boost more powerful if not equal to Goku.

Vegeta has been shown quite weak in the tournament of power. Yes, there is a very disappointing discrepancy in the power distribution this time. Some characters are overpowered and some who are actually powerful are shown way less than the limits we believe they are capable of.

This might be a way to highlight Jirens powers and a way to show Goku is the true hero here, but sooner or later Goku will need help and the only one close to his power level is Vegeta. He too can be motivated by some emotional agitation when the time comes just like Goku and Gohan. I see no reason for him not getting a new transformation with Goku or at least not too long after Goku does.

I see no reason for him not getting a new transformation with Goku or at least not too long after Goku does. Just an opinion!