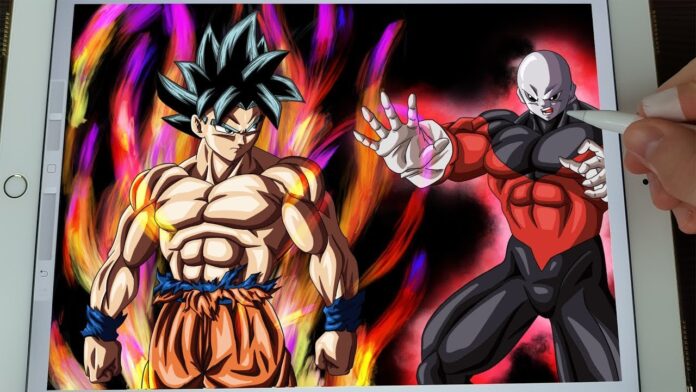 Special thanks to KenXyro and Yankuo production for the confirmed spoilers. These are the major Spoilers which one can expect for this month and for the upcoming month’s one-hour episode on October 8.

Kaioshin Fuwa has given Frost orders to take down the warriors of the 7th universe. With the victory of the 6th universe, Frost’s debts will be annulled. Frost accepts on the condition that he would be given financial assistance to start over his business. He immediately sets on his next target, Master Roshi.

Episode 108: Frieza and Frost! Their Ill Will Meets !?

Frieza looks into his next opponent. Meanwhile, Gohan is forced into a tough match with Ji-Mizu. Frieza grins as he watches Gohan being tormented, while everyone from the 7th universe watches Frieza with suspicions of betrayal.

While Gohan struggles in his match, the battle between Son Goku and Ribrianne continues. Seeking to become humanity’s beloved goddess by winning the Tournament of Power, Ribrianne went all out in her attack against Goku.