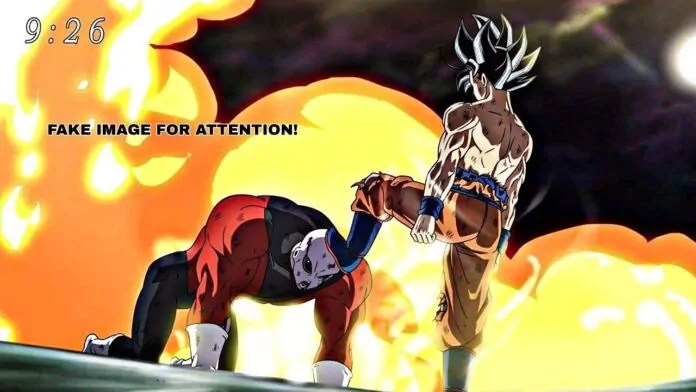 Jiren the only potential match for Goku. Each episode gives a rather more powerful image of him. Just last episode we saw him using his powers against Maji Kaio. Maji Kaio is technically kind of Majin Buu but made up of blue metal. Will Goku be able to match Jiren? Let’s do an analysis

Jiren almost effortlessly knocked out someone who could easily take down Dyspo, not to mention even Goku in his god form did have some problem to fight Dyspo. So how strong is Jiren? Is he the one among the top five fighters in the whole of 12 universes?

Let’s do a fair analysis of what may be called the mortal stronger than Gods. there are fan theories which suggest Jiren could be someone who actually retired from the post of God of Destruction.

Well, it doesn’t sound too absurd when you look at it this way. Toppo is the next in line to be the next God of destruction, but Jiren is defiantly way stronger than Toppo. So there could be two reasons that Jiren is not considered as a potential candidate for the God post. First, he has already been retired from the post or/and he has someone he cares about in his life. Someone who he would not destroy or someone who can cause him to make a wrong decision.

However, the fighter belonging to Universe 11 is very much for mystery till now but Dragon Ball Super is always trying to drop clue as to how one could interpret his powers by providing more and more evidence that he may be the only potential rival to Goku – one that pushes Goku to new limits and a new transformation that fans are hyped to see.

We have heard a lot about Jiren’s power levels. Tweets from some trusted sources revealed that Goku SSJ blue with Kaio Ken times 20 will be absolutely nothing in front of Jiren. This could be because times 20 over SSJ blue is not sustainable or it might just be Jiren is stronger than Dragon Ball Super even has ways to portray them.

Jiren took down Kale without any issue and last episode’s punch was impeccably  placed to show Jiren’s power. So if we consider Goku a 30% match to Beerus in his SSJ Blue form, he might surpass Beerus when he is mixing that with Kioken times 20. It’s become clear that the Universe 11 fighter is hiding some truly unprecedented power levels. Even more terrifying is the rumor that Jiren won’t even be showing his true power when he’s beating down Goku in SSB form! If Jiren can beat times 20 without much of a pain, he can definitely be the one stronger than Gods.

Even more terrifying is the rumor that Jiren won’t even be showing his true power when he’s beating down Goku in SSB form! If Jiren can beat times 20 without much of a pain, he can definitely be the one stronger than Gods.