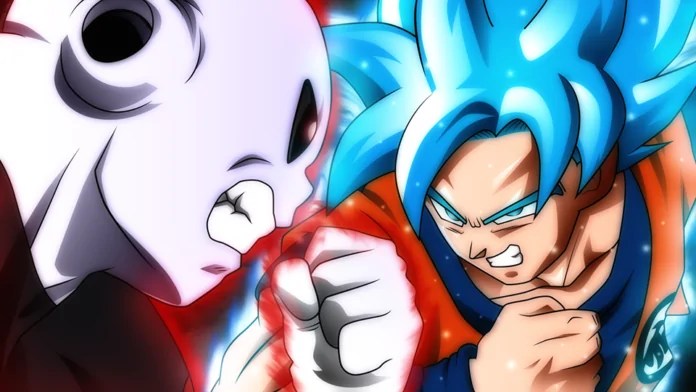 Dragon Ball Super Universal Tournament Fighters Confirmed of different Universes – All you need to know about them :

The ‘Universal Tournament Survival’ saga is off to an intriguing start as Goku foolishly asked Zen-Oh Sama to hold a grand martial arts event to test all the universes. Today’s episode Majin Buu vs Basil was amazing 🙂

This is a theory with Proofs and isn’t spoilers all things are with evidence and references from Dragon Ball Super New opening, this is just for your information purposes exclusively here at Omni King.

So remember the Female Broly in the trailer of Universal Tournament Arc?

Wanna know that she is from which universe?

Here are all the answers for the above Questions: The 3 fighters of that Clown God of destruction’s universe 11 are to be highlighted. Firstly, she was shown in the trailer of the new arc in dragon ball super,

you can notice her here in the new opening in this image:

She is behind the Clown God of Destruction, and she wears a red uniform like all other fighters of that universe that means she belongs to that Universe.

Furthermore, Goku is shown fighting with a tough fighter that is some mysterious fighter of the same universe 11 somewhat shown in the image while he is ssj and then ssj god, still having a tough time beating him anyway, that girl Broly belongs to the same universe 11.

And the third fighter is of the same species that of Beerus and Champa as shown in the pic , he may be powerful like Beerus.:

The Fourth one is the bearded fighter named Toppo is very powerful as follows:

These Fighters would be of the universe 6:

The Fourth Dancer Teletubby like fighter pink in color, fighting with Vegeta ssj will also be of the same universe of the Champa God of Destruction. Let’s see what happens like our page for more exclusive news.

In the above image, you can see the fighters of Universe 6 that is of Champa god of destruction and HIT will also be participating..