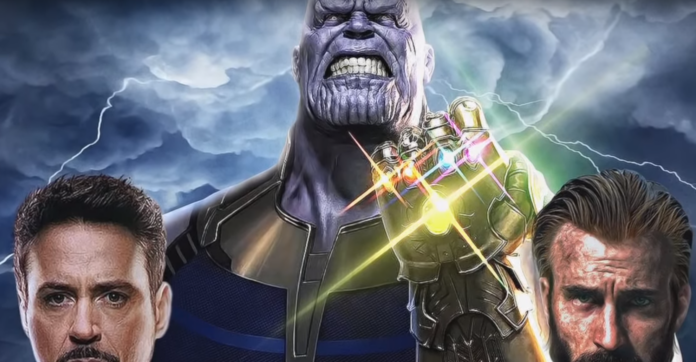 Hello, everyone. Some Avengers End Game leaks are out. Obviously, with Avengers End Game Marvel is being as secretive as possible. Special thanks to Cosmic Wonder Youtube for the information. (Article may contain minor errors). Do let me know your opinions in Disqus comment section below. New footage might air on Feb 3 during Super Bowl event. You all can talk/chat to other fans on our new Discord Channel.

A few people saw some scenes from Avengers End Game, went to the Internet and leaked it as fast as they possibly could. This thing happened with Avengers infinity war as well, like when people are working on the set or on editing the film and they see the clips of the movie, they go online and leak it, they usually do this on Reddit.

As they’ve usually signed a contract that says they won’t share anything that they’ve seen, so, they do it this way anonymously, so they won’t get fired. It is needless to say spoiler warning if this ends up being true and is in Avengers End Game.

This scene takes place on Xander or Xandar (planet) whatever the case, what this person describes as, what he believes this pic to be a part of Xander and just so everybody knows this is not leaked footage from a trailer, or it’s not the opening scene, it’s just a scene in Avengers End Game.

Synopsis of the alleged Leaked Footage

Captain America and Iron Man regroup and Steve tells Tony that they’re not going to win this battle.

Tony says – “What do you propose we do because we’re out of time and down to the wire”, Captain America replies- “we should cut the wire”, right as Steve says this to Tony, Thanos shows up right in front of the Iron Man while his helmet forms around his head and Captain America lifts up his shield but then we see Captain Marvel fly-in and punch Thanos in the face with an energy blast which sends him flying.

Captain Marvel then gives Tony a metal case that contains the power stone in it. Tony immediately gives it to the war machine and Rhodey puts the case into a huge device.

The end of this scene is a huge white blast that eventually takes up all of the screens and ends the scene and that’s it for this leaked description of the scene.

There are a few things from this leaked description that I really like and that adds up really well, the first is that – the Avengers will go back in time or to an alternate reality to Xander, this makes sense because Xander is where Thanos gets the first infinity stone- the Power Stone and it makes sense that the Avengers would try to stop Thanos before he got any of the Infinity stones and the Power Stone is the one stone that we never saw Thanos get in Avengers Infinity War.

We never saw the Xander at all, we just heard Thor tell the Guardians of the Galaxy that Thanos decimated Xander to get the Power Stone, in this scene, it still sounds like Thanos pretty much decimates Xander but the Avengers and Captain Marvel helped defeat Thanos and saves Xander. So, maybe they were just saving the scene for Avengers Endgame.

The next thing I really like is when Captain America is talking to Iron Man and they talk about cutting the wire, this is a reference to the first Avengers film – “ you’re not the guy to make the sacrifice play to lay down on a wire or let the other guy crawl over you, I think I would just cut the wire,” always weigh out the first Avengers film is obviously where Tony and Steve’s friendship developed and started.

Avengers Endgame is supposed to wrap up the story arc from the first 10 years, so since this is supposed to be the end, it’s called a reference back to the beginning and then at the end where Captain Marvel comes in and punches Thanos in the face and then gives Tony Stark – the Power Stone, it makes perfect sense that Captain Marvel would be the one to retrieve the Power Stone.

She’s probably the only one strong enough to wield it, if it almost killed star-lord when he was still half-celestial it’ll kill any of the Avengers, so she goes and gets the Power Stone puts it in some sort of case probably like the orb that star-lord kept it in, she gives it to Tony, Tony gives it to Rhodey and he puts it in a machine.

I’m gonna guess that this is the Proton Cannon that we’ve all been speculating about for such a long time. (Source: Cosmic Wonder) Now the stones power the proton cannon and Rhodey lets it loose and that’s the end of the scene, to me this sounds really awesome and sounds like something that could play out in Avengers Endgame.