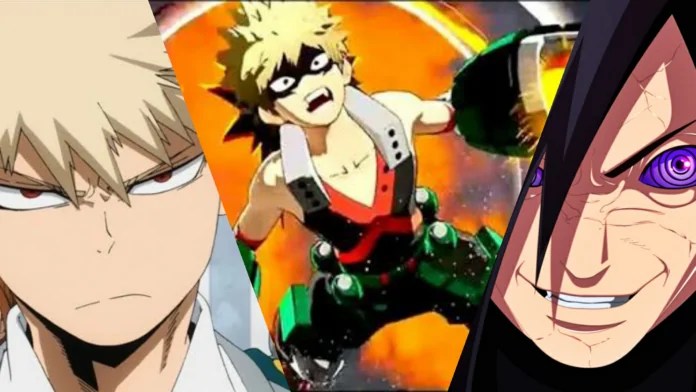 For those who are not familiar with the following characters, here is bit about their appearance and personality through the courtesy of their respected Wiki:

“Biscuit Kruger or short Bisky is a Double-Star Stone Hunter that enlisted in clearing the video game Greed Island following the auction for the game in Yorknew City.

Bisky likes to act and look like a young girl. Her overall aspect is reminiscent of a porcelain doll. She is often shown wearing a sleeveless dress and a bloomer with a mantelet and skirt donned over it, along with gloves and plain leather shoes. She always has her hair tied-up neatly and has changed its style 3 times throughout the storyline.

In her true form, she is a massive and extremely muscular woman several times the size of her preferred form. Although she claims to stay in her younger form to have the enemy underestimate her, the main reason is that she hates her original appearance. Regardless of which form she is in, Bisky is very powerful.

However, she does receive a tremendous power boost in terms of physical strength when she reverts (her Nen stays relatively unchanged in-between her forms). As a Royal Bodyguard, she wears her hair in a laced bun and dresses in a suit and tie.

He wears a standard sleeveless captain’s Haori with a green sash around his shoulders, held together by a round, star-like clip.

The sash holds his Zanpakutō’s sheath in place on his back and is tied to it at either end. He sometimes walks around in his

tabi. He is relatively young by Shinigami standards and has the appearance of a child. In the Human World, he wears a black, short-sleeved, golf shirt and gray pants. He also wore the uniform of Karakura High School.

Good Buu or also known mainly as Majin Buu is the result of the Innocent Buu using fission to split into good and evil halves.

He would go on to become a member of the Z Fighters and live with Mr. Satan. After the battle against the pure Majin Buu, Buu is referred to as Buu instead of Majin Buu and to the world, he becomes Mr. Buu

“Bakugou also known as Kacchan by his childhood friends is a student in Class 1-A at U.A. High School, training to become a Pro Hero. He is the deuteragonist of My Hero Academia.

Katsuki is a young man of average height, with a rather narrow but muscular build and lightly tanned skin.

He has short ash blond hair which spikes upwards at all angles away from his head, but sits low over his forehead, coming down to his eyebrows, and his eyes are sharp and thin, bright red in color.”

Law is a pirate from North Blue and the captain and doctor of the earth Pirates. He is one of twelve pirates who is referred to as the “Worst Generation”. He became one of the Shichibukai during the time skip, but his position was revoked for allying with the Straw Hat Pirates and bringing down Donquixote Doflamingo<. Law, like many other pirates, dreams of finding the One Piece.

“Grimmjow is a tall, muscular man with light blue spiky hair and light blue eyes, the latter including green lines below them, similar to the eye markings on the Panthera genus of cats.

Grimmjow’s attire consists of a white hakama, a black sash and a ragged white jacket with an upturned collar. The inner lining of his jacket is black and Grimmjow wears it with the sleeves rolled up and leaving it open to expose his muscular chest. The remains of his Hollow mask consist of the right jawbone and his Hollow hole is located on his abdomen. His tattoo number (6) is located on his back, near the right side of his Hollow hole. Grimmjow also sports a large scar across his torso, gained from his first battle with Ichigo Kurosaki.”

Madara Uchiha was the legendary leader of the Uchiha clan. He founded Konohagakure alongside his rival, Hashirama Senju, with the intention of beginning an era of peace.

When the two couldn’t agree on how to achieve that peace, they fought for control of the village, a conflict which ended in Madara’s death. Madara, however, rewrote his death and went into hiding to work on his own plans. Unable to complete it in his natural life, he entrusted his knowledge and plans to Obito Uchiha shortly before his actual death.

Years later, Madara would be revived, only to see his plans foiled before his final death.

Jump Force is available for PS4, Xbox One, and PC.

The officials define the game as “When the real world collides with the Shounen Jump universes, many of their heroes form the “Jump Force” to fight against whoever is causing this phenomenon.”