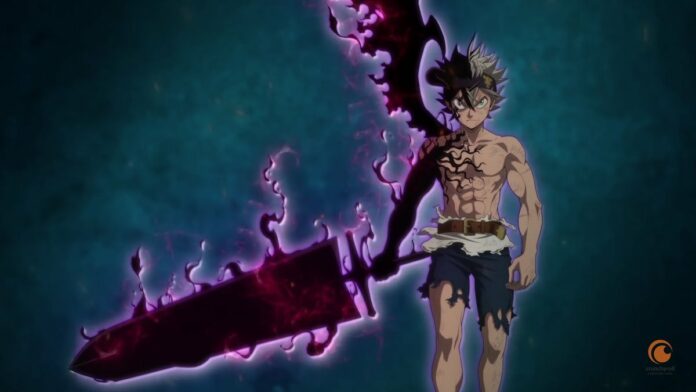 Hello, everyone, The popular ongoing Shonen anime Black Clover has been Confirmed to go beyond Episode 51. The announcement was made during the ongoing Crunchyroll Expo. Subscribe to our Reddit Community for latest updates.

During the expo a preview teaser was released which was pretty much consists of action scenes from the past episodes along with the extension announcement.

A Black Clover Teaser key Visual also have been released having Asta covered half in Dark black substance. Well this is something unique which hasn’t been shown till in the anime, but will debut in upcoming arc!

The second season was pretty much confirmed to begin with but extension of the anime wasn’t something that many of the fans were expecting. Also, the fans have mixed feeling toward the announcement as some are happy about the extension and some are hoping for better animation and fight sequence.

The Studio Perriot will continue their work on the anime most probably with the same staff. As per now the anime is confirmed to cover up to the Witches Forest arc and maybe able to cover Royal Knights exam or else who knows whether Black Clover might will receive One Piece treatment.

If you are unfamiliar with Black Clover, Black Clover is a Japanese fantasy Shonen Manga series written and illustrated by Yūki Tabata. The series is published in Shueisha’s Weekly Shonen Jump magazine in Japan, and Viz Media is publishing it in their Weekly Shonen Jump digital anthology magazine in the United States. The story centers around a young boy named Asta, seemingly born without any magic power, something that is unknown in the world he lives in. With his ambition, newfound abilities, and friends, he aims to be the Wizard King.

The manga has inspired one anime series which is sure to run for 60 Episodes.