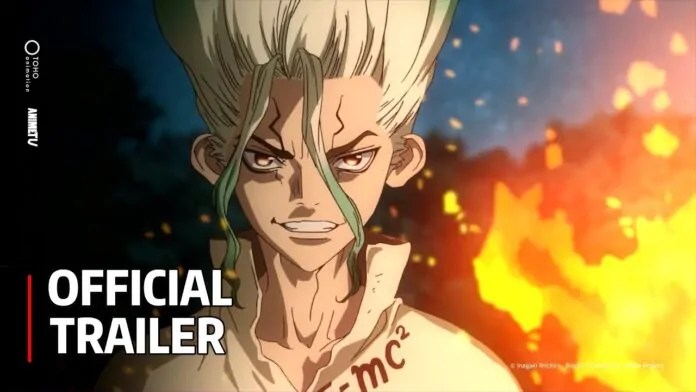 During the stage event at Jump Festa 2019, new Promotional Video, teaser key visual, release date and new cast members of Dr. Stone anime adaption was released. You all can talk/chat to other Anime fans on our new Discord Channel. 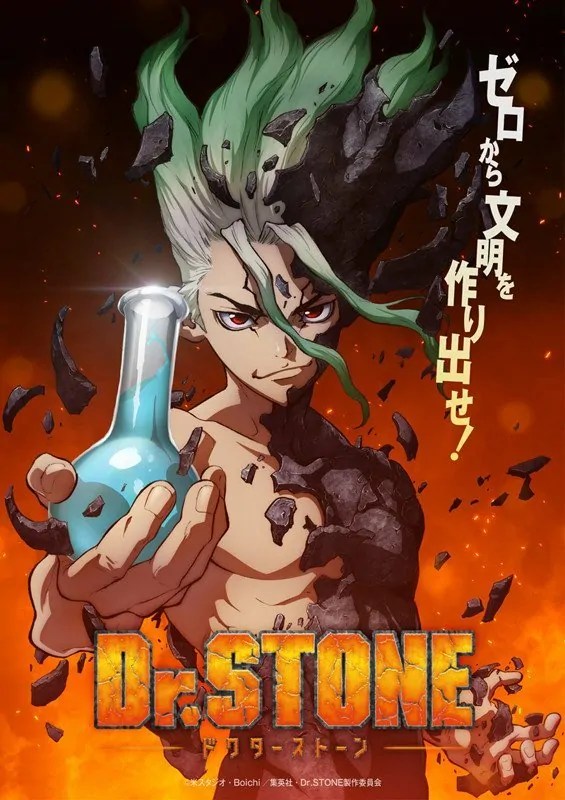 The key visual features our protagonist Senku holding a laboratory flask and half of his body turned in statue.

The 30- seconds preview consists of some manga panels and ends with a small animation sequence featuring Senku voiced by Yuusuke Kobayashi( Subaru from re:zero)

As shown in above key visual and promotional video, the anime will premiere in July 2019. No exact release date has been revealed.

The anime adaption will be handled by TMS entertainment. TMS is known for its work on anime like ReLIFE, Detective Conan, Lupin, Skilled Teaser Takagi- San, Baki and much more.

Typical student Taiju tells his science-loving friend Senku that he is finally about to announce to Yuzuriha, that he has secretly been in love with her for five years. Meeting under a camphor tree on the school grounds, just as Taiju is about to confess, a bright light appears in the sky. Taiju pushes Yuzuriha to the tree to protect her, but the light suddenly petrifies all of humanity, with every human on Earth turning into stone. Most humans begin to lose their consciousness while all traces of civilization decay, but Taiju keeps his alive as the years progress by his motivation of freeing both himself and Yuzuriha. Eventually, Taiju breaks free from the stone and finds a message carved into the tree that leads him to discover the Senku has also escaped from stone, keeping his consciousness alive by counting how long he has been petrified. Thus Taiju learns that the date is now October 5th, 5738.

The two boys struggle to revive humanity after a mysterious crisis has left everyone in the world turned to stone for several millennia.

Dr. STONE is a Japanese manga series written by Richiro Inagaki and illustrated by Boichi known for his previous work Sun Ken Rock serialized in Weekly Shōunen Jump since March 6, 2017.