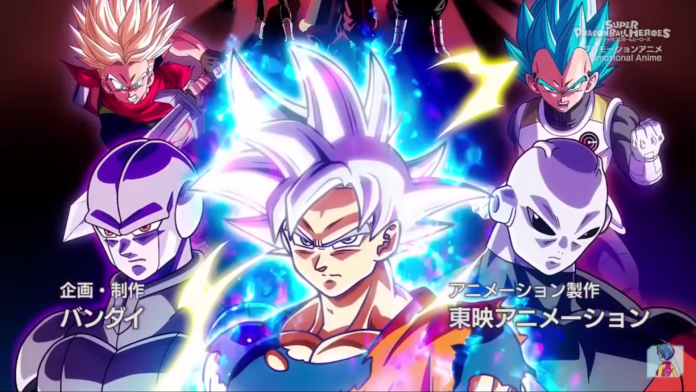 Hello, everyone. Until Dragon Ball Super arrives this promotional anime is a great time pass for every Dragon Ball fan. And it is really going so great with the story. Dragon Ball Heroes Episode 7 marked the beginning of the Universal Conflict arc bringing back merged Zamasu, and even heroes of universe 6.

DBH Episode 8 will release in February next month with great fights worth watching. Exact release date is not revealed yet.

Where can I watch Dragon Ball Heroes Officially?

We advise you all to use Official sources to watch the Dragon Ball Heroes Episode 8 to support DBH, here is a link to Official Site.

The Dragon Ball Heroes went insane with the return of Goku ultra instinct in Episode 6, but now they even brought back merged Zamasu and other new universal villains looking like GT’S villain ‘Baby’, who are involving in universal conflict against universes. Now, universe 6 is in conflict, many places got destroyed and universe 6 fighters are struggling while the reinforcements arrive from Universe 7. Here is the new preview in which many fighters are there which fought in Universal Tournament like Jiren, Toppo, Hit etc.

Mystery fighters fight against Hit, and other Saiyans of universe 6, they are almost tired of fighting with them as the enemy can increase their health, fighting skills and energy and adapt to the battle with time. Hit is struggling even with his time skip technique against this new enemy, while merged Zamasu is shown at some other place planning something with the other villain.