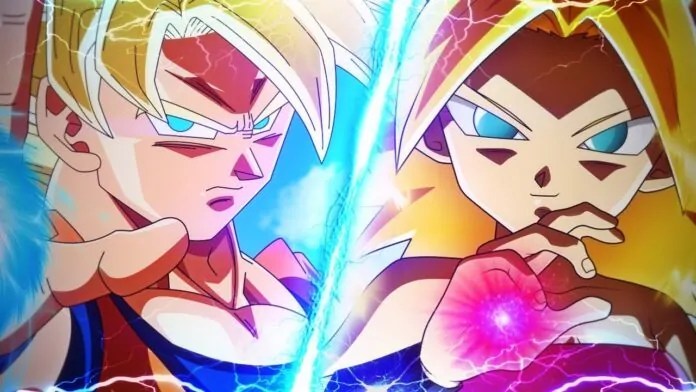 Howdy everyone, major spoilers are here for the upcoming episodes of Dragon Ball Super. Spoiler warning, if you don’t want to get spoiled leave the website now.

Special thanks to KenXyro and Herms98 for the information regarding the spoilers. Spoilers are directly from the latest Jump scans directly from Japan.

While wanting to help Caulifla who was fighting with Goku, Kale manages to control her legendary powers even further! But suddenly Champa tells to initiate a secret plan. What that secret plan could be? Possibly, fusion maybe the answer.

This is the new scan given below but with old images in the background, translations of this are given below it:

Super Saiyan Brawl is the new name suggested here for the Kale’s form. Son Goku will further increase his powers while fighting Caulifla and Kale.

Kale refers ‘sis’ to Caulifla in a metamorphic sense. Kale’s power as a super saiyan is almost incalculable!

Caulifla says to Kale to turn Super Saiyan 3 with her, that means she has already achieved that form.

Let’s see how Kefura or Kafla (English) is born in Episode 115, Champa already has a secret plan for it. After all Champa is a clever God, he won’t depend on Hit to make the Universe 6 win, that is our thought! Yet we are not 100% certain that Champa’s plan is their fusion but as per the words in the Jump scans this can only be ascertained.

Let’s see how Kefura or Kafla(English) is born in Episode 115 but it is confirmed that Kefla will be born even by the Dragon Ball Super writer who wrote the episode 115.

Let’s see what will happen for now, but if a new technique of fusion is revealed then Goku and Vegeta can also learn that to get a new type of fusion in the series.