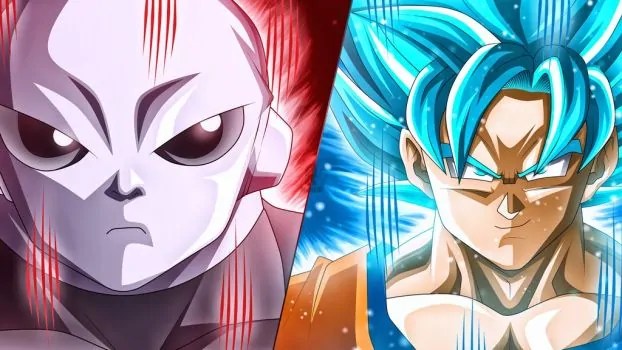 Here is the Detailed Analysis of each and every fighter:

Tournament of power is going to start! 8 universes will fight the Battle Royal! 7 will face the end and one will survive. So we have 80 fighters each having their unique abilities. Let’s break down each of them and understand and speculate who could be the potential game changers in this tournament. Sit back and enjoy the article. Sorry just wrote it very fast maybe full of errors :p Enjoy.

Before I jump into Yardat( Species who taught Goku Instant Transmission), let’s take a look at the other characters. We have three girls who look really cute but could potentially be really powerful. We see the one in the middle fighting SSJ2 Vegeta so well she could be strong but perhaps we can count on our fighters to take them down.

There is a spectacularly designed Witch who is said to come from the demon reign, which I personally think is going to be unlikely but sure there are possibilities. Then we have two huge fighters standing behind everyone hidden in darkness.

They might be the WWE wrestlers type fighters as we can see one of them well built and wearing a costume similar to the one who fights in the ring. There is going to be someone like Master Roshi too.

And we have the Yardrat. The most confident character as per my observation. He could be holding some really surprising tricks in his sleeves.

The universe is made up of modified Robots which seem to have a really good intellectual level.

They might just have the best communication system as they are robots. There is someone whose design is similar but not the same as Cell so well we can expect his abilities to be similar too. Well, after all, was one of the advance modified being.

There is someone who looks like a mad scientist. He might not seem too strong and We speculate he will be like the ringmaster. There is one particular character who might have some aqua abilities. His design stands out of all the character in universe 3.

The one lead by the spy. This universe doesn’t look really strong. There are strange characters in this universe. One looks like a fish.

We can expect a girl fight in the tournament given there is female characters in almost every universe. There is one strong well-built character in the team too, but then again appearance isn’t everything.

There is a strange blue 3 horned guy who might be the key player in this universe. It also has 2 invisible warriors.

They do have 10 fighters lead by Hit. Two of them are not revealed yet. He could be someone as strong as Pikon but no one knows for sure.

Kale might be close to the strength of a Super Saiyan 3 but she has really no control over it after she takes that legendary form.

2 mysterious Fighters here look like same as the shape of Hit, therefore, they could be probably assassins too, rest of the fighters are old ones, Caulifla is a bit overconfident one lol!

Well, we know almost all about them. Goku and Vegeta are hiding something up their sleeves of course and even Gohan will perform nicely besides Frieza who plotted something Evil with Universe 6’s Frost is gonna be the same.

Master Roshi has tricks like Mafuba and kamehameha for handling weak warriors and of course, Android 17 can prevent attacks by sort of green color shield. Krillin too has tricks and new attacks which he will show up in Episode 100 -his raw power basically.

The one I found most inspired by various non-dragon ball characters. I mean Look at them! Give a glance to the leaders, this Universe is of the lowest mortal level.

The one I found most inspired by various non-dragon ball characters. I mean Look at them! Give a glance to the leaders, the ones who look like Groot and Rakoon from the Guardians of Galaxy. They might have similar powers too.

They will definitely be working together. Teamwork is going to play are a really important part of this tournament. Then we have the Dragon like a character who seems to be the hidden ace of the team. Comm’n what can a dragon be if not exciting in a fight. We have the three fighters we saw in the exhibition match.

We also have this female character who looks a little mysterious but I personally think she will be taken out faster than the others. Though Master Roshi is going to have a little tough time handling her. There is a rabbit-like character who could be particularly fast in his movements.

The one with 2 flying creature. The flight power will play an extremely helpful role given the fact that no one can fly and this tournament is about survival and not killing. There are fighters who are well huge.

A sumo wrestler and a boxer. Not much to look at in this universe. Also, there is a character who is … well, a strange character with a flower. Looks very dull though.

There seems to be the most formidable opponent to universe 7. They too have a female character in them. They have Jiren and Toppo! and I expect a lot more than just them from that universe 11.

If you look closely there is one small tiny little character who might prove to be really helpful given the huge characters of other universes won’t be able to have really quick movement. Jiren- The strongest member of universe 11 whose power rivals of that of a god! The one everyone is amazed.

We have unfolded the mystery of what Jiren actually is and how could he be more powerful than Goku or perhaps any member of any universe fighting in the tournament of power. Read about him here: Jiren