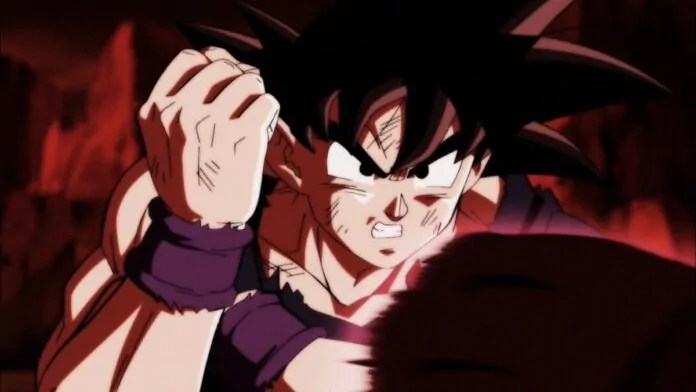 Hey all, good day to everyone! We are back with the leaked images of today’s episode before the release, all these images belong to the TOEI Animation and their respective companies, we don’t own them!

So, Dragon Ball Super episode 119 will air tonight, we have got some leaked images from the upcoming episode with reviews, and after these images there are Episode 119-122 Spoilers:

So, Goku is having a hard time against those illusions or clones of those Erased warriors created by Shansa of Universe 4 (The small blue colored warrior).

Vegeta’s Final Flash!! Vegata is going up against the police guy Katopesla! Thanks to spoilers that Vegeta is not gonna be Eliminated in this episode!

Shanasa one of the most mysterious warriors in Tournament of power!

Damn who would have thought that this guy is the one who defeated Beerus in an arm wrestling match!

On the stage, battle of Vegeta of Universe 7 and Katopesla of Universe 3 is about to settle. But; right about then Katopesla suddenly looses his balance and falls off the stage. Furthermore, Vegeta and Gohan are tormented by something they can’t see and almost fall from the stage too (but they don’t actually fall).

Next; this invisible thing which also cannot be traced by his ki, attacks Android 18 by surprise. His identity is discovered to be Gamisarasu one of the Hidden warrior of Universe 4, he is the invisible person from Universe 4, but 18 is at a loss of ideas to fight this invisible enemy.

Although, Piccolo faces an accident and falls off the stage, Universe 7 warriors defeat the formidable invisible enemy from Universe 4, Gamisarasu and the bug-human, Damom. (By the end of 119 or starting of 120)

Although Piccolo faces an accident and falls off the stage, Universe 7 warriors defeats the formidable invisible enemy, Gamisarasu and the bug-human, Damon, which results in Universe 4 getting erased. Universe 3,7 and 11 remains.

Though because of Jiren, of Universe 11 is the toughest opponent, Universe 3’s survival strategy of having the most warriors remain, and is successful. At last, it’s time for Universe 3 to make their move. Koitsukai and his teammates from universe 4 begins their attack on Son Goku.

Universe 3 warriors stand against Goku. The transforming merged warriors are engulfed in a light when Goku and his teammates decides to fight back. Thanks to Gohan’s help, their barrier is broken with a kamehameha, and the merged warriors are burnt to a crisp. It appeared like a complete victory, but…

Paparoni announces, ”let me show you! The finest secret technique of universe 3!? And then an intense flash of light appears in the area. Goku, Gohan and Vegeta uses their arms to block the intense light while Android 17 and 18 take cover. When they can see properly again, they see a huge shape of Amiraaza appear.

The summary of this Episode is not available yet, but two things about it are confirmed, that are:
It will be a fully Vegeta centered Episode!
The animation quality of this episode will be amazing as the production’s animator and writer who is making this episode is the one who made Episode 110.