Hey all, I know that I am quite down from last few days, so today I am back with a new blog about the new character revealed by Toei Animation- Aniraza.

Dragon Ball Super Episode 121 image has been leaked! It shows Goku, Vegeta, Gohan, Frieza, and Android 17 getting ready to battle, but where is Android 18? Has Android 18 been eliminated by Aniraaza Robot fusion from Universe 3 or someone else? Who will get eliminated next from Universe 7? DBS Episode 121 is going to be the last episode of Dragon Ball Super 2017! And probably 18 will fall.

Paparoni announces, ”let me show you! The finest secret technique of Universe 3!? And then an intense flash of light appears in the area. Goku, Gohan and Vegeta uses their arms to block the intense light while Android 17 and 18 take cover. When they can see properly again, they see a huge shape of Amiraaza appear. Scene from DB Heroes:

The Tournament of Power is almost at its end and 10 minutes are left with 13 warriors on stage. The Episode 120 was Gohan centric episode while it also showcased some screen time of Vegeta and Goku. The episode was quite good and the preview of episode 121 have showcased a new warrior named as ‘Aniraza’.

The Toei have been teasing the appearance of Aniraza from a long time by releasing a Mysterious card in dragon ball heroes scans. 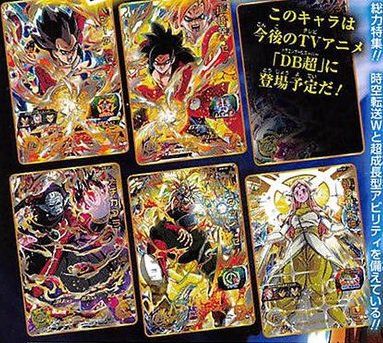 Later on the Dragon Ball Super Heroes teaser also showcased his first appearance while many fans didn’t believed it at first sight but later on preview confirmed Aniraza’s appearance.

The character Aniraza is a fusion of Paparoni and the three merged robots, much like a fusion over fusion. He is originally designed  by Toyotaro and inspired from Hackiyack from Dragon Ball Z movie: Plan to eradicate Saiyans.

More over its similar to what they did with Kale to make Legendary Saiyan cannon by introducing female Broly. While Aniraza’s size is quite more than Hackiyack, his most characteristics and traits are similar to him.

So, in the preview we saw Aniraza giving a hard time against the Universe 7 warriors and we saw Android 17 falling off somewhere and there are rumors that one of the Androids is gonna be eliminated in episode 121.

So, are you ready for the battle between Gohan and our hulk Aniraza. Drop your thoughts/suggestions/opinions in comment box and do follow our blog.