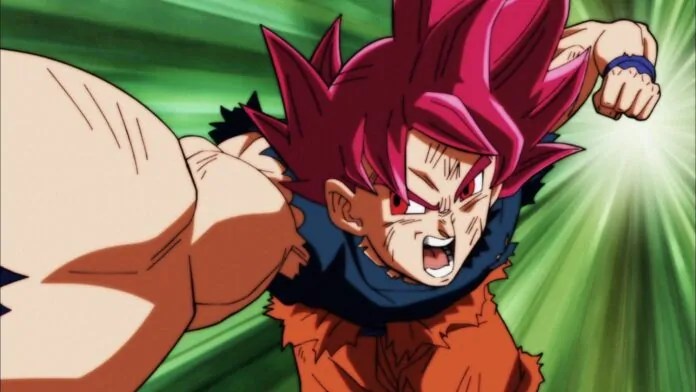 Hey, good day to all. The tournament of power is almost at its end as 10 minutes are left. Only 10 warriors are left on the stage including four warrior fusion Aniraaza.

We have some leaked images, We don’t own these images, these images belong to Toei and it’s respective companies. In this blog I will be showing the leaked images. So, lets get started. Dragon Ball Super Episode 121 images:

That’s how Aniraaza will look!

Android 17’s special moment has finally arrived against the Aniraaza.

The Aniraaza powering up having purple Aura. This huge merged warrior surely will give a tough battle.

So, Goku is going to have SSJ GOD transformation while fighting up against this Universe 3 warrior and even SSJ BLUE.

*No Episode on December 30/31st due to new year eve telecast in Japan! Spoilers:

Don’t expect anything less from the first episode of 2018, let’s get started with the new spoilers of 122 from the Scans! Special thanks to KenXyro, Herms98, and Yonkou Production on Twitter.

There will be a lot of News this week so make sure you have subscribed to our notifications. We all know that Vegeta vs Jiren is confirmed for now but we don’t know whether he will get perfected Ultra Instinct or Goku will! Here is the Jump Scan: