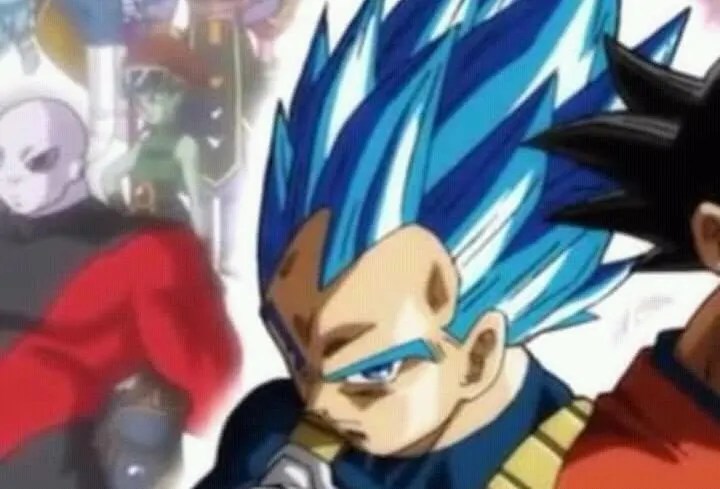 Hey all, the episode 122 got finally aired. In this blog I will be discussing about Vegeta’s new transformation which is gonna be appearing in episode 123 next week and in 126 he will surpass gods and risk his life somehow.

The fans waited for episode 122 for two weeks and it crashed most of the dragon ball super official episode streaming sites. We have leaked images of 123 here:

In the episode 122 Vegeta despite of his best efforts wasn’t able to give much damage to Jiren. The final flash was tremendous but yet wasn’t enough.

Instead Jiren took out Vegeta with very less efforts. But that wasn’t the end of mighty Prince. According to the preview of episode 123 and the new Ending song and spoilers, even after all of his efforts Goku won’t be able to defeat Jiren and push him in a grave situation, but just then, Vegeta releases a tremendous amount of Ki, and gives off a Royal Blue aura and gets transformed into a new form which is powerful than SSJ Blue. On a famous Japanese forum and conversation site 5ch fans have named this new form as ” Miggate Blue” or “Blue miggate” meaning Ultra Blue.

It is same as how fans labeled Ultra Instinct as limit Breaker.  The reason behind why they chose this name despite of SSJ BLUE’s identical transformation is because it has many similarities with Ultra Instinct. If we look at Vegeta’s eyes they are blueish Silver which is similar of Goku’s silver eyes in Ultra Instinct. He may obtain this in Episode 126.

Also, the aura is little bit changed in this form of what regular SSJ BLUE has.

Currently these are just predictions and hopefully we will get answers to our questions in the next episode. It is gonna be awesome.