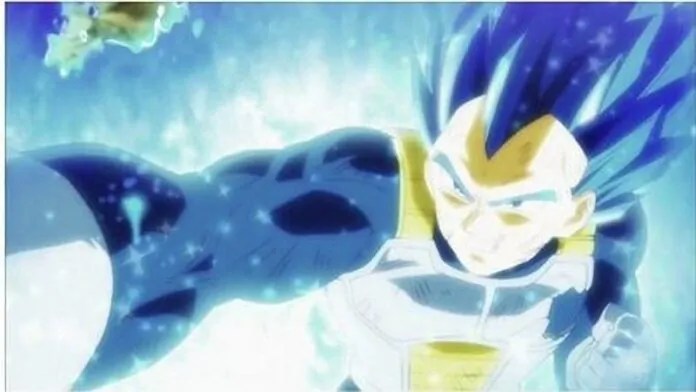 Hello everyone, today we got a leaked Image which is 100% from the official source of Episode 126 in which Toppo is shown injured and the sky is purple!

The sky is purple because in the next episode there will be only 10 taks left which is the final time of the tournament of power! Here is the reason below by KenXyro for the sky being purple.

17 and Freeza This Week: In dire situation! 17 and Freeza try to defeat Toppo; 17 by using rocks to attack, and Freeza by using his psychic powers! However, both are felled by Toppo’s counterattack (Defeats them)!

TOEI Animation itself announced that Dragon Ball will continue even after the movie, see at the end of this article, also see the upcoming episode spoilers!

Dragon Ball Super episode 125 “Advent of the God of Destruction, Toppo! There is Only Overwhelming Power!!” January 28th

Android 17 and Freeza Drive Toppo in a corner, But at that moment something Unusual happens to Toppo.

We also got confirmation that the Episode 131 will be the final episode of the Universal Survival Arc according to official Dragon Ball 2015 Twitter account and as per Amazon Japan’s DVDs of Super, we also think that Dragon Ball Super might return with a different name in the near future after the movie release in December 2018. The anime Kitaro will take the time slot of Dragon Ball Super from 1 April 2018, from the preview of this anime, I’ll say that it won’t do that well. Picture by HERMS98: