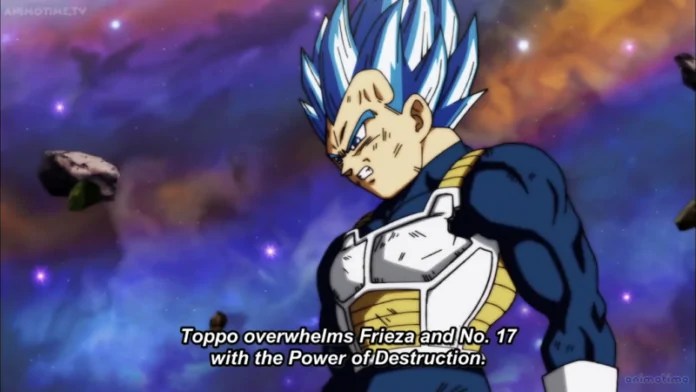 Hey everyone! Today we have some detailed spoilers for the Dragon Ball Super episode 127. The scans are provided by Yonkouprod and translated by Kenxyro. Fans have been waiting for these spoilers as they will give a hint about episode 126 whether Vegeta is really gonna risk his life or Android 17 is really gonna be next to get eliminated. The spoilers have given the answer to some of our questions while some remain uncertain. So with no further delay here are the spoilers:

*Toppo is out maybe!
*no name of Frieza
*Jiren still powering up
*17 the real MVP
*5-6 Episodes till the tournament end.

TOEI Animation itself announced that Dragon Ball will continue even after the movie, see at the end of this article, also see the upcoming episode spoilers!

We also got confirmation that the Episode 131 will be the final episode of the Universal Survival Arc according to official Dragon Ball 2015 Twitter account and as per Amazon Japan’s DVDs of Super, we also think that Dragon Ball Super might return with a different name in the near future after the movie release in December 2018. The anime Kitaro will take the time slot of Dragon Ball Super from 1 April 2018, from the preview of this anime, I’ll say that it won’t do that well. Picture by HERMS98: