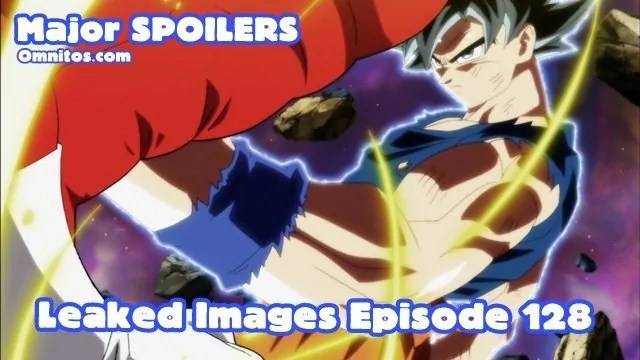 Hey guys, Dragon Ball Super Episode 128 English Sub which will release today is getting more and more fascinating with every new leaked detail and today we have 8 images from the episode 128 and these images contain major spoilers for the episode. So let’s get started without further delay. There will be no episode next week that is on February 25.

All these images belong to TOEI Animation and their respective companies, we don’t own them. Next Episode after 128 will release on March 3rd.

Jiren will attack with a powerful punch. Today’s episode will contain an element of surprise for Vegeta fans as per the writer of the current episode Toshio.

My prediction is that Goku will go Ultra Instinct in the ending of episode 128, I think that seeing Vegeta brutally Beaten down might be the trigger for Ultra Instinct.

In the image you can see that Vegeta is down, I think that this is the part when Vegeta will hear Bulma’s Voice which was mentioned in the spoilers of Episode 128.

Bulma is speaking to Vegeta in his consciousness.

It’s the part when Goku will go Ultra Instinct in Episode 128, this might be the part before Jiren vs Goku fight.

In the above image, you can see that Vegeta is using Final Flash, Vegeta has bruises all over his body.

I think that this is the image from the ending of Episode 128 of Dragon Ball Super which is presenting Goku Vs Jiren final fight in the next episode 129.