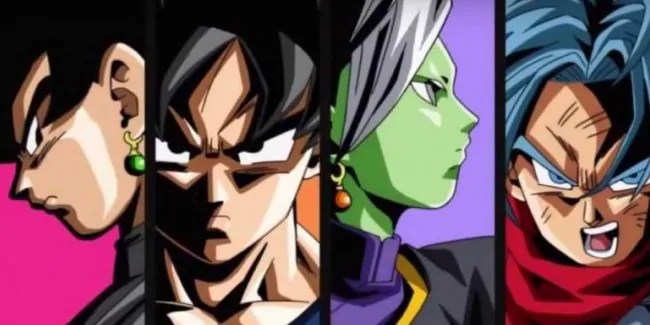 Dragon Ball Super Episode 60 Spoilers are here, so for those who watched Episode 59 in which Beerus killed/vaporized Present Zamasu just by one hell of a ‘Move ‘ must have seen that how bad ass is Beerus for sure!

People are curious for the Episode 60 titled ‘Back to the future once again, Black’ s true Identity revealed.

WARNING ⚠ You are about to read the spoilers here :-> ?

Trunks returning back to the future notices that there was no change in it as still ki of black and zamasu existed, so now again the team – vegeta, goku, and Trunks are again ready for the battle against the two immortals, Black may turn out to be someone else not the copy of goku and also Zamasu and black can still do fusion using their Potara Earnings and that would be enough to defeat the three! New Duos and attacks can be expected from episode 60 therefore, it would be an awesome one!

Also a powerful Duo of Goku and Vegeta can be seen as the circumstances are in favor that someone will increase their power in order to defeat them either Goku or Vegeta , also a new form can be seen that of the Trunks as he his highly motivated from the small Trunks which he met in the present. Black is not a copy of Real Goku but yeah some relation and mystery still remains!

Black’s True Identity remains in shadow but yeah, definitely he is related to Goku as every time he fights with him he learns new skills and techniques from original Goku and that too more powerful skills than the original ones! Black may turn out to be the God of destruction of universe 10 or a demon king may be!

The Official 60th Episode of Dragon Ball Super would be released on October 2nd. Keep Waiting and be Super Curious!

Stay tuned to Omnitos for more Spoilers!
Disclaimer – I don’t own Dragon ball super or anything, these are just purely spoilers or predictions for entertainment purposes!