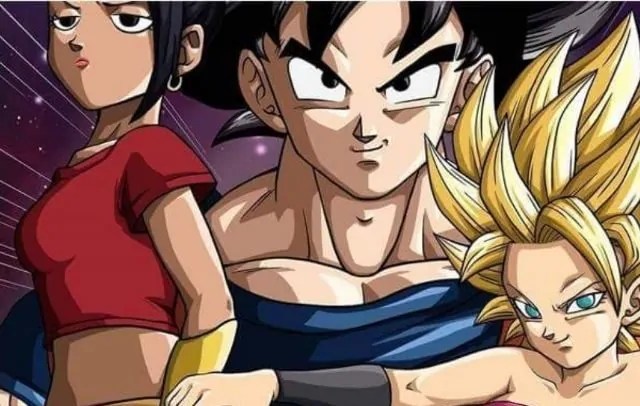 Universe 6 and 7 is going to fight against Universe 11

The scans of episode 101 came out a few days ago… and well, it proved a lot of the theories of Kale getting ‘Knocked out’ false. The scans say a lot about long awaited Jiren and Goku’s fight. We have something about master Roshi too.

So let’s get into it straight away.

The mighty warriors of universe 11 attacks with teamwork. well, this is exactly what we expect from universe 11. They have really cool coordination and I am guessing they know their weaknesses very well too.

We can see the fighters who were not fighting much are going to join the battle field. We need to keep one thing in mind that all the fights are going simultaneously and that is the reason after a whole episode not more than 3 minutes pass.

Goku Challenges Jiren of Universe 11, but Jiren sends five of his Pride Troopers. Comrades (including Kahseral) are set to attack Goku and co. To defeat them Goku teams up with the likes of Kale and Caulifla. This piece of information given by the scans clearly tells us that Jiren does not see Goku as a weak opponent as he is willing to send half of this team just to take down Goku. Goku will be teaming up with Kale and Caulifla, which I see very silly given they two, don’t match Goku’s power level if anything they will be making him slow.

The fact that he will be fighting after teaming up with Kale and Caulifla, means Kale is still in the tournament. I am guessing that Kale is knocked out by Jiren, which came out as a leak a few days ago, meant she was literally knocked unconscious by Jiren. I still don’t see how Kale would be of any help after she has come back to her normal form.

The enemy of my enemy is my friend?! Goku fights along side Caulifla and Kelly!!Well, the scans are not exact translations so, we can safely presume that it’s Kale and not Kelly.  Kahseral fights as well as you’d expect from the leader of the Pride Troopers.

I and many of you guys were thinking Toppo was the leader of the pride troopers, but well Kahseral is a better fit given he is a person who has better judgment than Toppo. I am excited to see who are the five which join Kahseral to the fight against Goku.

All we know about the pride troopers is that they are well coordinated and super strong. But this information is really vague, Given the fact that we have nothing to compare their strength with. So seeing their team fight in real will be really fun and exciting.

Turtle Hermit This Week: Putting us such a fight that you can hardly tell his age.

Master Roshi has been playing a key character since the beginning of the Dragon Ball series. Even in the future trunks arc he played a important role by teaching Goku the Evil containment technique. This time again we are about to see him in action soon.

When the turtle hermit loses sight of his Comrades, he escapes the predicament by paralyzing his opponent with the Bankoku-Bikkuri-Shu until his comrades arrive! Muten Roshi is still alive and kicking. Well, it is needless to say someone will be attacking the team with the intention of divide and defeat, we see how strong they all are standing until anyone leave the unit.

It will be really cool to see master Roshi fight again. Comment below if you too are excited for the same!