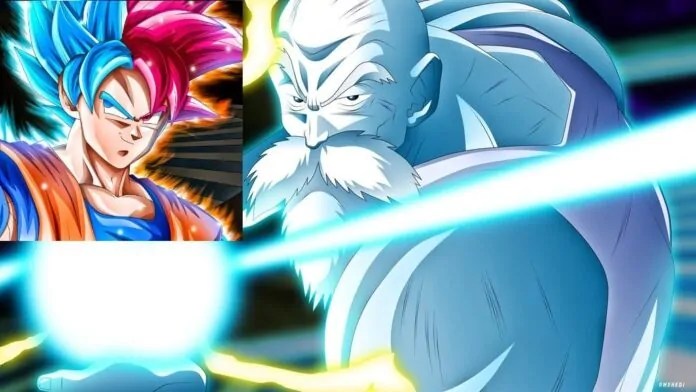 What do you guys think about the ‘Old Man’ damn! He blew all our minds today. His Kamehameha was well, let’s just say if he can get the Beerus to notice him, he has to be a little over awesome. This time Goku had some miraculous power with him!

Though this is a controversial topic why Vegeta doesn’t get the chance to brag about being the first one for a lot of things in Dragon Ball series despite he being the diligent one. Goku could once again bring some kind of “Greater God Power” to the show. We are almost sure that he will get a transformation soon enough. Beerus has also called him the creature of patchwork given he has been killed stabbed broken a lot of times. So the point I am trying to make here is, he could bring the healing ability into the survival arc and honestly that would be dope.

For sometimes the community did think Goku sacrificed his God ki just to bring Master Roshi back to life. As soon as he used his God ki he came back to his base form. That was odd but I guess I am digging too deep and it was just an emotional reflex.

After repeated Ki blasts Goku tried to make master Roshi’s heart work, he failed to do so and then he suddenly Increased his God ki which formed a big sphere and injected that God ki or sort of something which brought Master Roshi back to the world. What could this power be? No mortal is supposed to be that powerful which can bring the dead back!

There were few confusing things too! The first being where the heck were the other team members when Master Roshi sorta-kinda needed them. There is real confusion about how things are going on at the same time. Though everything happening simultaneously does explain why only so little time has passed yet.

The other thing that was noticeable was that Goku could bring Master Roshi back from death. Yes, he has done this for himself once while he had his fight with Hit. Remember the filler episodes don’t you?

Now that was not too much to get surprised there given the ki blast was just a sort of shockwave which actually bought back his heartbeats. But today it was a little different. Was I the only one who noticed the God ki bursting out of Goku when he tried to bring Roshi back.