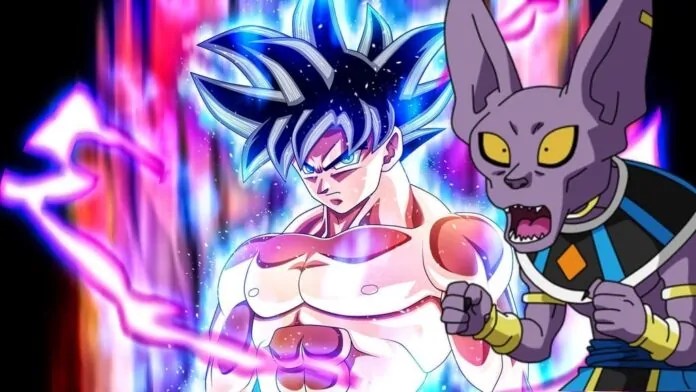 Goku will surpass all Gods of Destruction as said by new full opening song!

Theories surrounding the new form that Goku will achieve in the tournament of power are plentiful and extremely interesting. We have full proofs and translations of the opening here so keep calm and read everything!

Generally, these theories are not based on official leaks. They are instead based on personal deductions, which are to be taken with a grain of salt and consideration for other possibilities.

But this one is based on official full Limit Breaker Song! The new full Song is below!

They are instead based on personal deductions, which are to be taken with a grain of salt and consideration for other possibilities. But this one is based on Official full Limit Breaker Song which was released a few days back!

Although the song is not completely translated, thanks to several reliable sources like KenXyro on Twitter we realize the end lyrics of the song mention the following: “Even the gods of destruction will seem insignificant or weak (Puny).” This is very revealing since the openings of the anime usually contain many spoilers of what will be seen in the future of the arc. “Dragon Ball Super” is not the exception since the opening gave us an indication that Goku would have a new form.

Now, to everyone’s surprise, it reveals to us that the gods of destruction would be insignificant compared to the power that the Saiyan will gain from the new form.

The power of Goku will surpass Beerus!

At present, the power that Goku has is much lower than that of the God of Destruction of Universe 7, Beerus. Thanks to various calculations we have made, we can say that the difference would be up to 50 or 60%.

Based on the manga, this difference could be even greater, because Vegeta, who currently possesses a power similar to that of Goku, was humiliated by Beerus in battle as there was still a huge difference in power.

If it is confirmed that Goku will surpass the gods, the power that he will obtain thanks to this new transformation would be sublime. It would be a level superior to one of all the participants of the tournament, in addition to leaving his rival Vegeta behind.

While the opening revealed this shocking detail, it is now virtually impossible to know why Goku will gain so much power or what will cause such a dramatic change. Some claim that Gohan will die, while others speculate on the destruction of the entire universe. Whatever the reason, Goku will gain a higher power, with which he can defeat the fearsome Jiren the Gray.