According to translations by Herms98 Toppo clearly says that Jiren is stronger than his universe’s God of destruction (Belmod)! If Jiren has really surpassed Belmod, (Assuming Belmod is the strongest god as per his powerful attacks according to the latest chapter 29) then Jiren’s power level is beyond all Gods of Destruction which is a serious threat to all universes and Goku has to break his limit and get Ultra Instinct form again to ensure survival of Universe 7. All credits for manga to Toei, Toyotaro and Viz Media! See the image below:

Last time in chapter 28 Beerus has been showed as an invincible fighter as he knocks down all the Gods Of Destruction with his power Quick Instinct,but the new leaked images have showed us how powerful Belmod (God of Universe 11) really is.

(Manga is behind the Anime and story has slight twists. In the manga Gods of Destruction fight each other in the exhibition match instead of fighters). 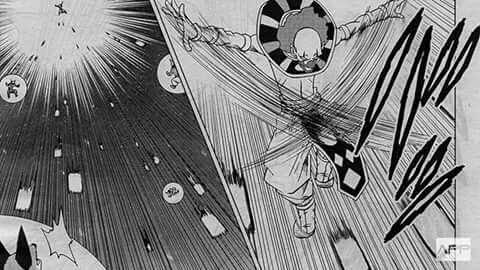 In the first image we can clearly see that Belmod is using some Ki blast attack which gave every God Of Destruction huge damage. 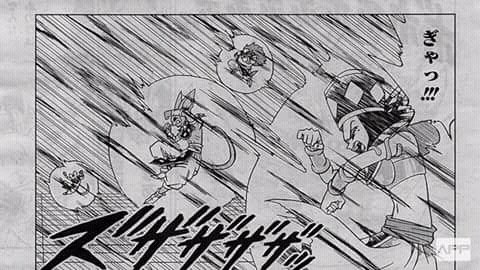 With such a great attack, they are pushed back because of enormous ki of Belmod in that attack.

In the third pic it looks the whole stage is full off smoke because of that attack.

In the last pic, all Gods of Destruction have been shown fainted and with great damage, later they get healed from their Angels, even the highest mortal level Gods get healed too, yet Belmod is the only G.O.D. who doesn’t even needed healing.

From all these images and explanations conclusion can be made that Belmod is probably the most powerful God Of Destruction. Jiren is the stronger than him is already revealed above. Toei has already mentioned the following for Jiren in the anime: