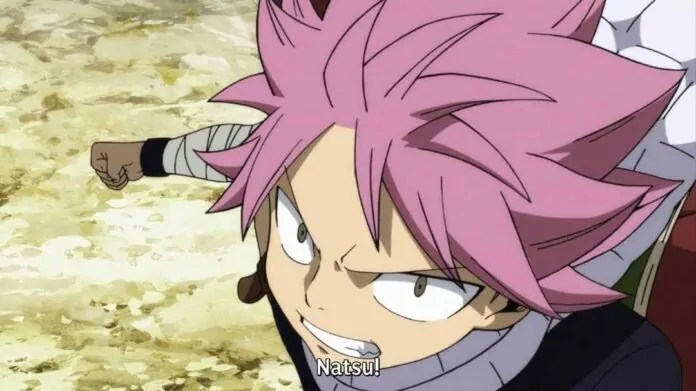 Hey, everyone! Fairy Tail episode 278 is finally out and it was overall a great episode. There’s just a certain type of happiness & nostalgia that Fairy Tail has and it’s crazy. So, Today we are going to talk about Fairy Tail Episode 279 Release Date and its Spoilers. This article carries spoilers for the FT episode 279, So, I suggest you should drop this article if you don’t want to get spoiled. Subscribe to our Reddit Community for latest updates.

This episode is going to release on 14th October 2018.

The following episode of Fairy Tail is titled, “Do It All for Love.” The episode is going to be centered on Natsu and company. We are going to see how powerful Lucy has grown as she’s observed summoning the Leo in the preview of the episode. Also, we are going to observe the tag-team battle of Wendy and Sherria to take down the monsters and end their attack on the town.

Natsu is going to confront Bluenote in this episode. We’ll also view what appears when these two powerhouses clash with each other and what the outcome of their battle is going to be. Fairy Tail “Episode 279” will display the result of the battle as Sherria tells Wendy to go forward and join Natsu, Lucy, and Happy as they try to restore the Fairy Tail guild. The next episode will surely be interesting, and I’m looking forward to watching it.

Natsu, Happy, and Lucy goes to Lamia Scale to meet Wendy. Once they arrive, they’re astounded to discover how everything has evolved over these past years. Rebuilding Fairy Tail will be difficult than they ever assumed, especially with the warning of the imminent final battle on the range. Orochi’s Fin has now made their progress in episode 278 because they believed Lamia Scale was weak at the time, but they didn’t know that Natsu, Lucy, and Happy are also there.