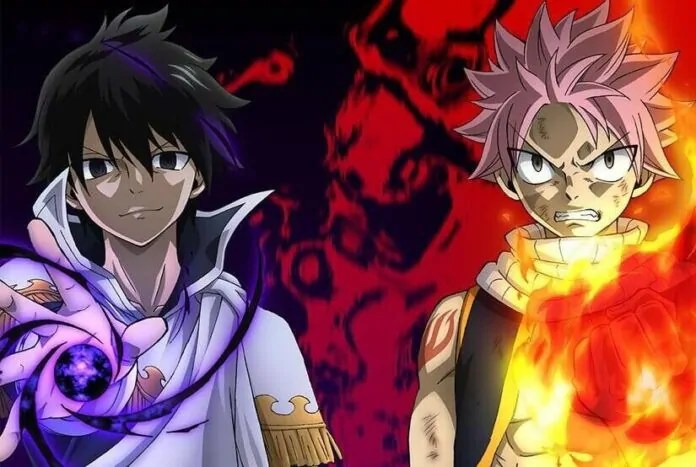 Hello, everyone, We have got the Fairy Tail Final Season Reveals New Key Visual and Episode Release Date. Let’s jump into it. The official site to fairy tail final season has been updated with a new Key Visual. Along with it site also revealed the much awaited Release Date which happens to be 7th October. The Episode will air on Sunday at 7:00 am Japan Standard Time. Subscribe to our Reddit Community for latest updates.

The site also mentioned that the anime will have a screening event in September with staff members and more details will be release soon.

Also, the site has updated the new Character Designs for Natsu, Gray, Lucy and Happy.

Hiro Mashima’s fairy tail is a popular Shonen series published back in 2006 and ended in 2017. Series follows the adventures of world’s most notorious mage guild, Fairy Tail.

The manga has inspired two Anime series and final one is set to premiere in October along with several movies and spin-offs including Fairy Tail 100 Year Quest. Thanks for reading Fairy Tail Final Season news.