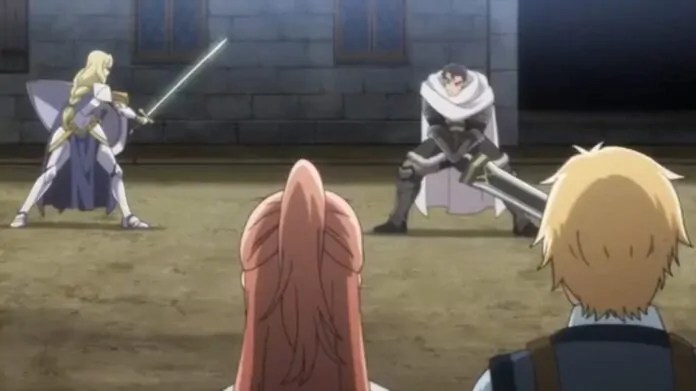 Hello, everyone. In the previous episode, we witnessed a huge Orge, the boss of all the Goblins, appear in front of the Goblin Slayer. A huge fight scene broke out and we otakus can say anything but complain. We saw how the Goblin Slayer uses his magic spells against the Orge and defeat it. Meanwhile, Yousei Yunde was seen observing the Goblin Slayer keenly and trying to understand his moves. She also tried to learn through it and was willing to know him more.

Despite all this, we are definitely excited to know what is going to happen in Goblin Slayer Episode 5. So in this post let us break down and speculate the events of the next episode. But before that, there is a warning for you.

Goblin Slayer Episode 5 will be released on 4th November 2018 on its official timing.

After watching such an action-packed episode it is obvious to expect the Goblin Slayer episode 5 to be this action-packed as well. But as the name suggests, the next episode will be just a normal one. We might see the Goblin Slayer in his normal form, in his normal/daily attire. But I think his face won’t be revealed just yet. It is too important to the plot and they won’t just give it away in mere 5 episodes.

We might also see Onna Shinkan strive to increase his ranking and being grateful to the Goblin Slayer. We might also see Ushikai Musume spending some good time with him as well. Apart from all this, the adventurers might also come over to meet him.

This episode will serve as just a filler episode with the Goblin Slayer sensing that some danger is coming their way. He will also figure out that probably a big army of goblins with Goblin Lor dare coming to the town. Therefore, we might see the Goblin Slayer asking other adventurers help in defeating them.