Let’s look at this closely. Goku is fighting merged Zamasu in a death match and Goku has recently obtained the perfected form of Super Saiyan God and here is Goku’s New Attack, which estimated gives him a 10 times power boost. In the Manga, it is told that one can only use 10% of the SSJ blue form because it is so stamina consuming. So, Goku and Merged Zamasu are fairly even. It’s at that point where Goku says even though he is immortal this technique can defeat him.

Then he charges up all energy in his right hand and flies towards Zamasu. Zamasu tries to hit Goku but Goku teleports behind him and says Beerus sorry but I am borrowing thing technique from you. Goku says “Hakai!” yes! “Destructions”. Goku blows off half of Zamasu’s body but then he uses his Genimba technique to pull Mai in front of him to stop Goku from destroying him completely.

Yes, you heard that right! Goku could pull HAKAI! There are few questions about this as in the manga Goku never saw Beerus using this technique. What so ever the doubts may be in the manga Goku has perfected the God form and has even used the destruction attack. We are really excited to see whether he will be pull something out his sleeves in the tournament of power starting soon. So we know Hakai is the technique that can be learned and is probably not limited to Gods.

Dragon Ball Super Anime this week: Tournament will start in episode 96 finally tomorrow that is 25th June 2017. Finally, pack up for the amazing episode where God’s will spar first to check the stage and then the Tournament fighters will gather. 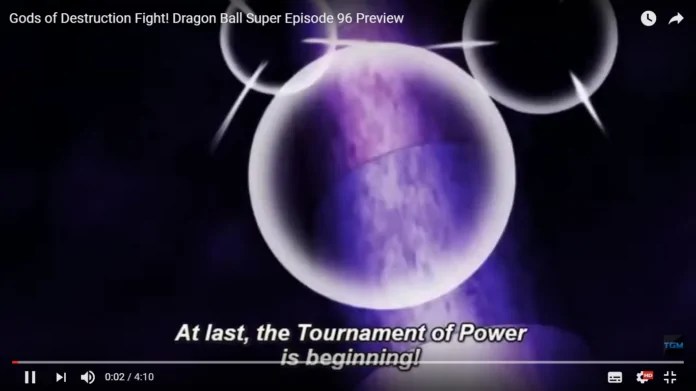