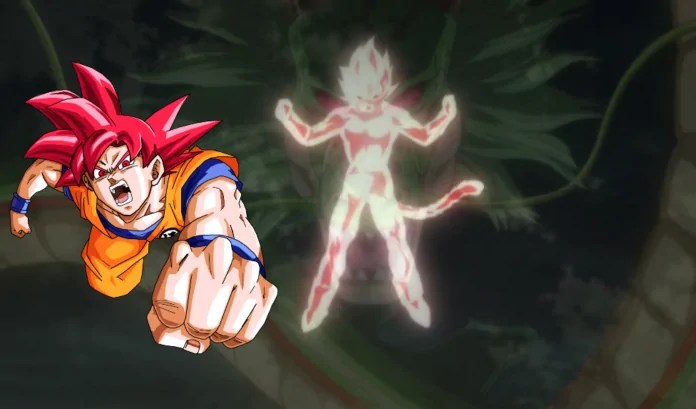 Hey everyone, the Tournament of Power is going well and will end soon while a recent interview with Akira Toriyama (Creator) has solved many mysteries in an interview. The first Super Saiyan and Super Saiyan was revealed by Akira in this interview! These things were not revealed in Manga nor the Anime.

Before moving ahead you should check out this whole interview, here are the questions by the interviewer and their answers by Akira. Interview came in a Shonen, which was recently translated by Herms98. Read full to know who was the first Super Saiyan, Check below:

Q. Can anyone become a Super Saiyan if they train?

It’s not like anyone can become Super Saiyan through training and anger. In order to become a Super Saiyan, one’s body must contain something called “S-Cells”. When these S-Cells reach a certain amount, a trigger such as anger will explosively increase the S-Cells and cause a change in the body: that’s Super Saiyan. Most saiyans have some S-Cells, although not a great quantity.

The reason Goku and Vegeta’s children can become Super Saiyans relatively easily is probably because to a certain extent they inherited a lot of S-Cells, and also because Earth’s environment is gentler and easier to live than Planet Vegeta. Tori-bot: “Lately everyone becomes Super Saiyan so easily, but it is no simple matter.”

Q. And how does one increase S-Cells to become a Super Saiyan?

Having a gentle spirit is the best way to greatly increase one’s S-Cells, but most Saiyans have trouble with this, which I think is why no Super Saiyans appeared for such a long time and they became the stuff of legend.

Q: Was the “legendary Super Saiyan” Frieza feared or the Super Saiyan God that appeared in Battle of Gods?

In a certain sense, they are the same person. That is to say, very long ago, before Planet Vegeta was the Saiyans’ planet, there was a man named Yamoshi, who had a righteous heart despite being a Saiyan.

He and his five comrades started a rebellion, but he was cornered by warriors and then he became a Super Saiyan for the first time though his transformation and fearsome fighting style shocked the other Saiyans. Outnumbered, Yamoshi eventually wore himself out and was defeated, but this was only the beginning of his legendary story.

Q: And why did Beerus search for Super Saiyan God?

So, the above interview has revealed that the first ever Super Saiyan was a righteous hearted Saiyan named Yamoshi.

Now you are wondering what food item does it represent. When we convert ‘Yamoshi’ into Japanese it means Moyashi which means Beans Sprouts.

It has revealed that what Beerus dreamed of Super Saiyan God was related to Yamoshi, cause Beerus has probably picked information about the Yamoshi’s spirit during his hibernation. Although, it  also revealed why it was in the Namekians books cause the Elder who wrote it was sympathized with Yamoshi’s spirit.

Yet it is still unknown whether he was Vegeta’s ancestor or not but most likely I think so he was on of those who started Vegeta’s Royal race.

Also, Dragon Ball Super really need more arcs, If there’s a story fans want to see drawn out, it would be this one. There’s always a chance Yamoshi could still be out there searching for a pure-hearted Saiyan like Goku and Other Saiyans to receive his blessing.

What are your thoughts about this. Drop your comments and let us know your ideas, thoughts and opinions.

Here is an Episode 119 Leaked Image: