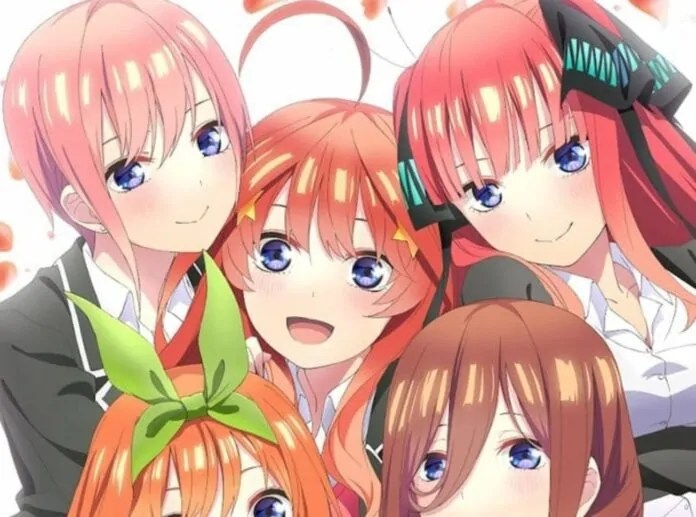 The season 2 will start with adapting the Fuutarou’s Flashback Arc which covers manga 33-35 where Fuutarou is hospitalized. When the sisters visit him, they find his condition is getting better. Itsuki is curious about why Fuutarou studies so hard, so he tells her a story about a young girl from 5 years ago. Strangely enough, Itsuki owns an item similar to the one in the story, which she obtained from the same place and time frame.

Written and illustrated by Haruba, Gotobun no Hanayome is a harem romantic-comedy manga published in Kodansha‘s Weekly Shōnen Magazine since August 2017 and ended in February 2020. An anime adaptation aired in January 2019. Crunchyroll streamed the show with English subtitles while Funimation offered English dub.

The story revolves around Futaro Uesugi a poor high school second-year who comes across a private tutoring gig with good pay. But his pupils are his classmates!! And they’re quintuplets!! A-and they’re all gorgeous girls, but they’re also troublemakers who hate to study and are on the verge of flunking out! And his first task is simply gaining the sisters’ trust?! Every day is a party! The curtain is rising on the Nakano quintuplets’ quirky romantic comedy with five times the cute!!