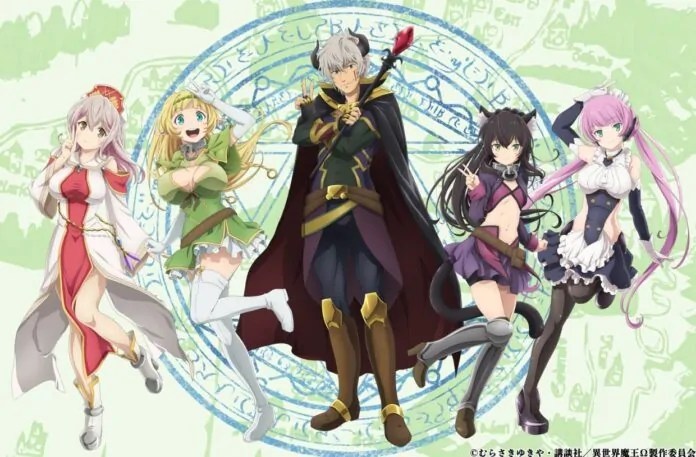 So in this article, we will talk about How not summon a demon Lord season 2 Release date, plot and key visual.

How not summon a demon Lord Season 2 Release Date

How not to summon a demon Lord season 2 Plot

Season 2 will pick up from where we left in season 1 starting with adapting the 5th novel volume where the High Priest Lumachina has been afflicted with a curse, and Diablo’s only way of saving her is by reclaiming an item he once obtained in the game Cross Reverie.

His next challenge: a dungeon that has claimed the lives of many brave adventurers… But his confidence isn’t misplaced, for it was he who designed that very dungeon! Even when facing off against a supreme dragon, Diablo never falters, just like a true Demon Lord!

“Heh, you think yourself a God with a mere level of 140? Don’t make me laugh, you overgrown newt!” At the same time, a Fallen heralding the return of the Demon Lord appears in Zircon Tower…?! Will Diablo be able to conquer the dungeon he himself created to retrieve the cure and make it back to defend Zircon Tower in time?! This is the fifth volume of the adventure of an earth-shakingly powerful Demon Lord.

How not to summon a demon lord (About the anime)

How not to summon a demon Lord or Isekai Mao to Shōkan Shojo no Dorei Majutsu is a Japanese light novel series written by Yukiya Murasaki with illustrations provided by Takahiro Tsurusaki. Kodansha is publishing the manga under Lanove Bunko with currently 12 volumes in circulation. The J-Novel club is publishing the novels in English.

The story centers around Takuma Sakamoto a hikikomori gamer who is mysteriously transported to the virtual world of his favorite MMORPG, Cross Reverie, with the appearance of his own character in the game, the Demon Lord Diablo.

The two young girls who summoned him, the pantherian Rem and the elf Shera, attempt to use a spell to make Takuma their servant, but due to his magic ring with the ability “Magic Reflection”, the spell rebounds, and both end, up with magic collars stuck on their necks, thus becoming his servants instead.

With a serious case of social anxiety, Takuma decides to act like his character while interacting with others and makes use of his high stats and vast knowledge of Cross Reverie’s lore to survive in his new environment, traveling along with Rem and Shera to look for a way to remove their slave collars while helping them with their own, personal issues that led them to summon him in the first place.