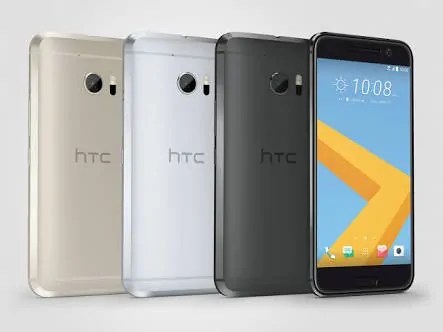 Htc is back with the htc 10. It is more than what you’re looking for in a flagship smartphone .It will be competing very high end flagship currently in the market head to head!

HTC 10 is  more than what you’re looking for in a flagship smartphone. Unmatchable performance of Snapdragon 820 . The world’s first OIS(Optical Image Stabilisation) in both front and back cameras like that of Xiaomi Mi5. It comes with superb 24-bit Hi-Res sound.

Every corner of the htc 10 has been designed, refined and perfected. The full glass front seamlessly integrates into the metal body but mostly its looks & feel are very much like that of Htc One M9.

HTC 10 has the right combination of Power .

HTC 10 has all the bells and whistles of a high-end premium smartphone.
HTC 10 Expensive but it is worth every penny.

BODY
Weight has been reduced with such features and is just 161g. It has a NON-REMOVABLE 3000 mAH battery offering nice amount of backup.

WiFi, GPS, Glonass, 4G-LTE,NFC, WiFi, WiFi Direct.
All sorts of sharing and connection features are present in the phone.