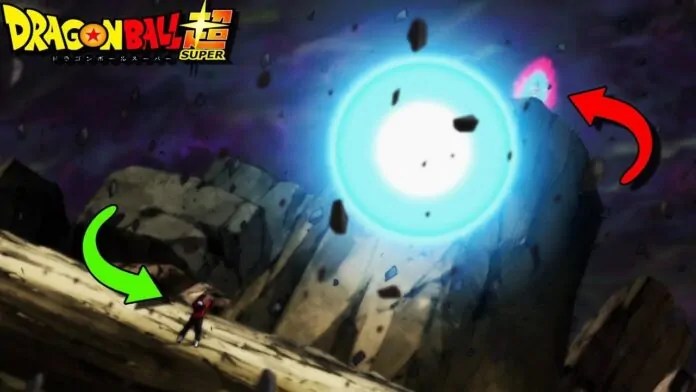 The preview for the next episode was one thing everyone was amazed about. This article would do a detailed analysis of the possible outcomes and techniques of the next episode. To begin with let’s recap the information which can be considered as solid truth for the coming episodes.

Here in the featured image, you can see Jiren also raises his hands to stop or repel to the spirit bomb as same as Kid Buu did, therefore most probablySpirit Bomb will not even hit Jiren as he has overwhelming powers!

Episode 109: Strongest Enemy Approaches Goku! Fire it Now! Sure-Kill Spirit Bomb !!
While Gohan struggles in his match, the battle between Son Goku and Ribrianne continues. Seeking to become humanities beloved goddess by winning the Tournament of Power, Ribrianne went all out in her attack against Goku.

So how strong is Jiren indeed?

We have heard a lot about Jiren’s power levels. Tweets from some trusted sources revealed that Goku SSJ blue with Kaio Ken times 20 will be absolutely nothing in front of Jiren. And in fact it turned out to be true as shown in the preview. This could be because times 20 over SSJ blue is not sustainable or it might just be Jiren is stronger than Dragon Ball Super even has ways to portray them.

There are some rumors that Jiren won’t even be showing his true power when he’s beating down Goku in Super Saiyan Blue form! This all leads back to the popular theory of how Goku’s next form will be achieved. The new form is pretty much confirmed to arrive in the coming special episode or one after that. The fight between Jerin and Goku is said to be the last fight in the tournament of power. We might expect some storyline which extends way beyond the tournament of power, given this arc will not end before 133 episodes.

Though there is one thing which is confusing. Spirit bomb attack is about to go wild on Jiren but perhaps that attack needs living beings to lend their energy. Who is going to be the source of that attack? Will it be the Gods themselves? It is a sure thing Jiren will deflect the attack to Goku or absorb it as a whole. Whatever may be the case things are getting heated and we expect nothing less.