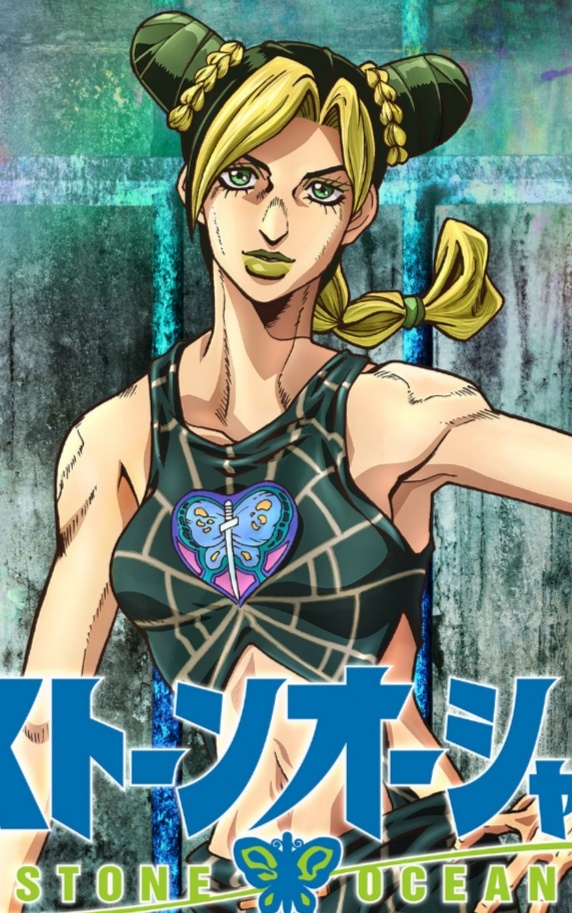 During the JoJo’s Bizarre Adventure the Anime Special Event, it confirmed that the series’ sixth season is in production. Also, they will look to adapt the Stone Ocean story arc from the Japanese manga series of the same name.

The anime design for the next JoJo, Jolyne Cujoh, was also revealed and can be seen in the poster. Now, let’s take a look at the key visual along with the teaser!

While no premiere date was given, a teaser trailer was shown. Yes, there has been no official date announced yet. However, the trailer shows celebrate the history of JoJo’s Bizarre Adventure. Also, it teases its exciting future with Jolyne. 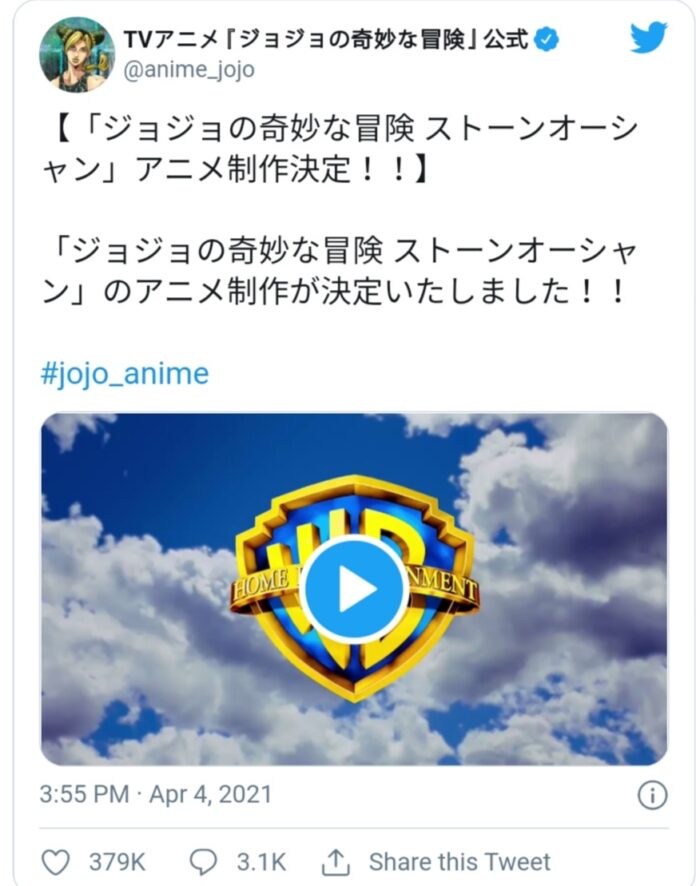 However, the anime is currently in production and will possibly be released sometime in 2022. Stay tuned for more updates in this story.

JoJo’s Bizarre Adventure Season 6 is expected to air on JNN, BS11, and Animax in Japan. In North America, Stone Ocean could be available on Adult Seim’s Toonami programming block as well.

The trailer features a coll introduction to the previous seasons and the characters they focused on.

It then confirms that Part 6 is titled “Stone Ocean,” and will be following Jolyne’s story in JoJo’s Bizarre Adventure anime.

So what happens in JoJo’s Bizarre Adventure Stone Ocean? The new season will be based on the story arc by Shueisha Jump Comics’ Hirohiko Araki. It takes place a decade after the events in Golden Wind.

This could mean we will see how Jolyne is imprisoned for a crime she didn’t commit. She may probably be framed by Dio’s follower Enrico Pucci.

Who is the Voice Artist for Jolyne? Fairouz shared the excitement of her new role with fans, saying that JoJo is what inspired her to take on voice-acting as a profession.

“I cannot live without JoJo’s Bizarre Adventure series, and it is also what inspired me to take on voice-acting as a profession,” Fairouz said, as translated by Anime News Network.

She continues, “So when I heard that I was going to be able to participate in the series, I was lost for words and surprised that even a stand would be blown to the moon.” “I cried so much as it was the moment my dream came true, which I have chased over for 12 years.”

“I love and admire Jolyne as a character and her beautiful, strong nature gave me strength. Especially during my student years, it gave me strength. So, I am grateful for the opportunity to voice Jolyne,” Fairouz added.

JBA Golden Wind is the most recent anime adaption by David Productions. It was originally released in October 2018 and received 39 episodes. Crunchyroll is currently streaming the series.

JBA is a Japanese manga series written and illustrated by Hirohiko Araki. It was originally serialized in Shueisha’s Weekly Shonen Jump magazine from 1987 to 2004. Later, it was transferred to the monthly seinen magazine Ultra Jump in 2005.

The story revolves around a young boy from a working-class family. He discovers a powerful artifact, that greatly impacts a rivalry with a young aristocrat.