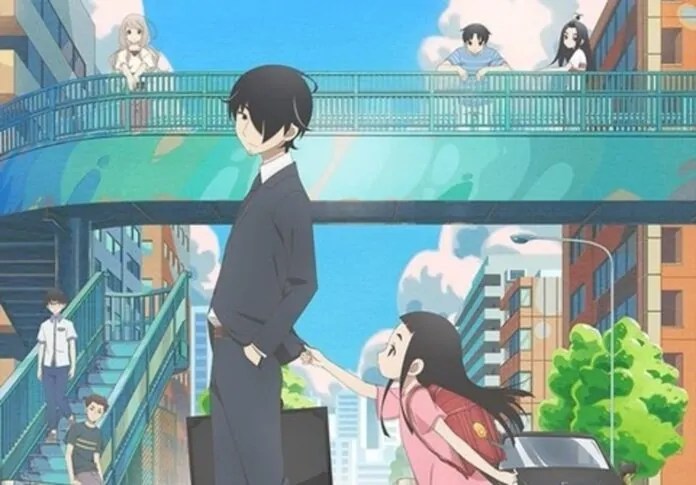 Kakushigoto Anime recently put out a lot of information including its release date, a new key Visual, promo trailer and streaming details. Have a look:

The key visual displays two of the main characters Kakushi Goto and his daughter Hime Goto.

Funimation will stream the tv anime series in North America with subtitles and in the dub.

As mentioned above Funimation will release the anime series in simul dub. The voice cast hasn’t been announced yet but the article will be updated as soon as new information will be available.

The episode count hasn’t been revealed yet but is expected to be of 12-13 episodes.

Studio Ajia-do is producing the tv anime series with Yūta Murano as a director on board. Takashi Aoshima is credited with scriptwriting. Shuuhei Yamamoto is responsible for character designs that look very simple and flat. March comes in like a lion, Sarazanmai’s Yukari Hashimoto is composing the music.

Kakushigoto’s Story
This story is about Gotou Kakushi, an artist who draws a somewhat vulgar manga and tries to hide it for the sake of his daughter, Hime. A father-daughter tale of love and laughter.

Kakushigoto is a comedy manga written and drawn by Kumeta and published in Kodansha’s Monthly Shonen Magazine since December 2015. The series has 10 compilation volumes in circulation.