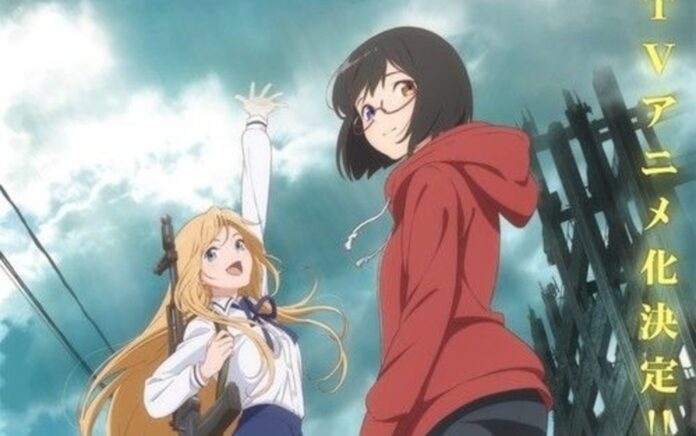 The announcement didn’t mention the release date but two of the main cast members and a teaser key visual were revealed. Have a look at the key visual

J-NOVEL club is publishing the novel series in English digitally. It describes the story as:

Her first encounter with Toriko Nishina was on the Otherside after seeing “that thing” and nearly dying.
Ever since that day, exhausted university student Sorawo Kamikoshi’s life changed. In this Otherworld, full of mystery, which exists alongside our own, dangerous beings like the Kunekune and Hasshaku-sama that are spoken of in real ghost stories appear. For research, for-profit, and to find an important person, Toriko and Sorawo set foot into the abnormal.
A tale of two girls’ bizarre exploration and survival, brought to you by an up-and-coming Sci-fi author!

The announcement didn’t mention anything about the release date window but the article will be updated as soon as new information will be available.

Steins; Gate Fragtime’s Takuya Satō is directing Tv anime at LIDEN FILMS and Felix Film. He is also in charge of scripts.

Otherside Picnic is a Sci-fi Yuri light novel series written by Iori Miyazawa and illustrations by Shirakaba published by Hayakawa Publishing since February 2017.

Four volumes are currently in circulation. J-NOVEL club is publishing the series digitally in English.