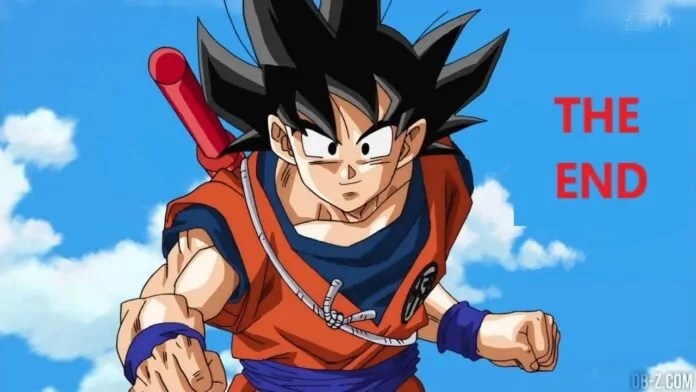 Howdy, Everyone, I am back and today we have got some extremely sad news and fans are gonna get crazy, Dragon Ball Super is going to end on March 25th, 2018 with the last episode as 131, yeah Dragon Ball Super is ending. The main reason for the end of super is just that the Toei Animation wants the current Production team of Super to animate for the movie as making animation takes a lot of time. (A single episode takes months before the actual release.)

Currently, as per the new interview with FujiTV (FujiTV is the channel on which super officially airs on every week), they haven’t thought of any sequel to Dragoon Ball Super after the end of Universal Survival Arc! See the interview below:

There may be a new Dragon Ball Series in 2019 as Dragon Ball made 60 billion yen greater than the projected 40 billion yen, clearly, it gives a lot of revenue to them, so this is not the end! It is obvious that a business with this much amount of profit can’t be stopped, therefore it will return, Dragon Ball Franchise has not ended!

Now let’s get to the details, read this article calmly this isn’t fake news even Geekdom 101, John Oppai, Mastar media, Ken Xyro, Herms98 confirmed it. Here is the image of the newspaper:

We have gathered every proof in this article regarding its end and we know that it may be back soon next year as per Dragon Ball Super Writer Toshio and evidence!

There will be a Dragon Ball Movie in December related to Origins of Saiyans in December 2018. All of the production staff will be working on that movie, for now, therefore super may return in 2019 January depending on the response that movie gets.

There will be a new anime called Kitaro which will replace timings of Super in Japan Fuji TV. It will be featuring voice actors of Dragon Ball Super like Voice of Goku and Voice of Piccolo.

These voices won’t be needed for the Dragon Ball movie as the movie is on the Origins of Saiyans which may not feature Goku or the Z fighters.

There will be an interview release of Akira Toriyama next week on 29th January on the release of Shonen Jump’s 50th-anniversary mag.

There will be a climax in the last episode of Super as per the official account of Dragon Ball Super on Twitter:

We also got confirmation that the Episode 131 will be the final episode of the Universal Survival Arc and Dragon Ball Super as per Amazon Japan’s DVDs and now this announcement, we also think that Dragon Ball Super might return with a different name in the near future. The anime Kitaro will take the time slot of Dragon Ball Super from 1 April 2018, from the preview of this anime, I’ll say that it won’t do that well. Picture by HERMS98: