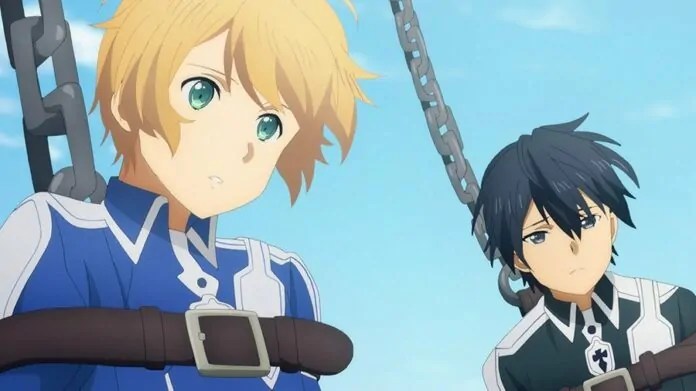 The Sword Art Online Alicization episode 11 is titled as “Central Cathedral ” and will release on 15th of December. Here is a small teaser on Episode with its official synopsis and Preview Images. You all can talk/chat to other Anime fans on our new Discord Channel.

Alize Synthesis Thirty who is one of the integrity Knight appeared before Eugeo and Kirito who violated “Taboo Index” and become sinners. She was definitely the Alize Zuberg, their childhood friend but she refuses to recognize them and threatens the two boys by saying that she had permission to reduce their 70% life. The confused Eugeo and Kirito were imprisoned in a Dungeon at Axiom Church central cathedral.

While in the real world at “Ocean Turtle” Asuna encounters a strange robotic device which was treating Kirito.