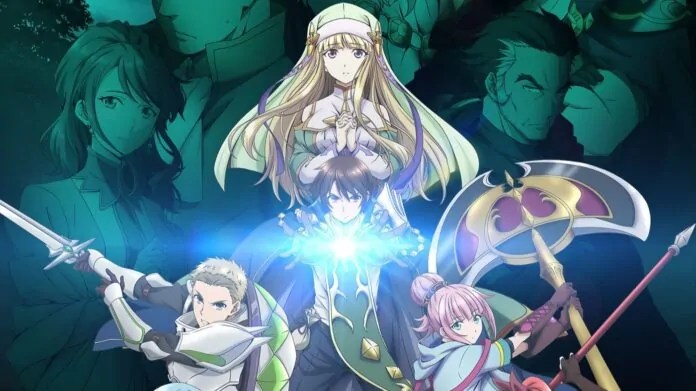 Fans can’t wait for spring to arrive and anime studio isn’t falling behind to maintain the hype by releasing visual arts and promo teaser. One of such highly anticipated anime, ‘The 8th son? Are You Kidding Me?‘ an Isekai themed recently unveiled a new key Visual.

The anime is scheduled to release on April 2, 2020, and is Co-produced by Shin-Ei animation and SynergySP.

The 8th Son? Are You Kidding Me? Key visual

The Tv anime series is scheduled to release on April 2, 2020, on Tokyo MX, BS11, AT-X, and J: TV. The anime will also available on Japanese streaming service anime Store and AbemaTv.

Where to Watch? And Streaming

Crunchyroll has confirmed to stream the anime series with subtitles in North America and part of Europe. Crunchyroll recently uploaded an English-subtitled promo that previews the opening and ending theme songs.

“The 8th son? Are You Kidding Me?’ is Co-production between anime studios Shin-Ei animation and SynergySP with Tatsuo Miura as a series director.

Fuzichoco is credited for character designs and Takeshi Miyamoto with scriptwriting. Black Clover’s Minako Seki is composing the anime.

About The 8th son? Are You Kidding Me?

It was acquired by Media Factory, who published the first light novel volume in April 2014 under their MF Books imprint. Eighteen volumes have been released as of December 2019.

A manga adaptation by Hiroki Kusumoto is being serialized in Kadokawa ShotenComicWalker website since 2015. It has been compiled into 8 volumes.

The story revolves around Shingo Ichinomiya, a 25-year-old man working at a firm company, while thinking of tomorrow’s busy working day, goes to sleep. However, when he woke up, he found himself in a room unknown to him and realized that he is inside a 6-years-old body, taking over his body and mind.

He soon learns from the memories of the boy that the boy was born as the youngest child of a poor noble family living in a backcountry. Having no administrative skills, he can’t do anything to manage the vast land his family has.

Fortunately, he is blessed with a very rare talent, the talent of magic. Unfortunately, while his talent could bring prosperity to his family, in his situation it only brought disaster. This is the story of the boy, Wendelin Von Benno Baumeister, opening his own path in a harsh world.