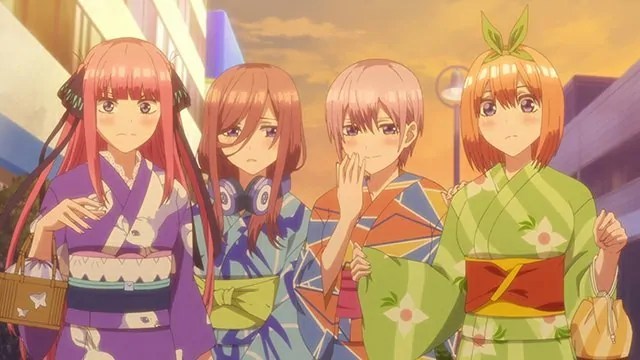 Synopsis Quintessential Quintuplets Episode 4
Fuutarou receives his first salary. Fuutarou took Raiha to arcade, who never have been there. She been holding back due to their family’s financial situation.

On the way ,they encountered the Quintuplets sisters who were heading towards the fireworks festival.